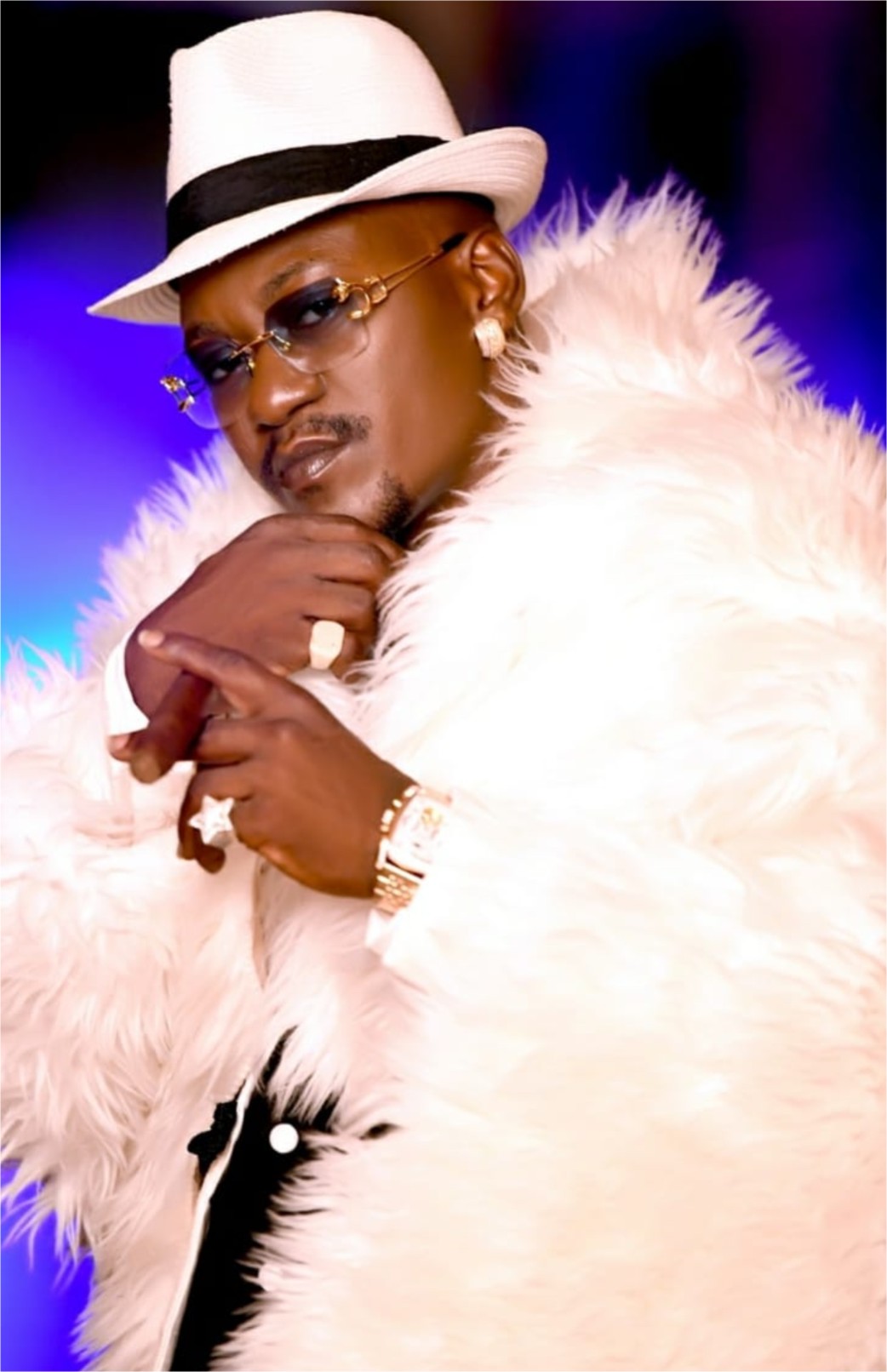 Lawal Olalekan Olumo popularly known as KONGA is an Afro beat artiste. He started his musical career in Nigeria at a young age on the streets of Ebute Metta. His ghetto story changed when he scored the viral hit song “Baby Konga” in 2003. Also, he was the first artist in Nigeria to release a single track titled “Baby Konga”  as an album due to popular demand in 2004. He went on to drop his debut 14-track album “KONGA H2O”, featuring the living legend “2Face IDIBIA” & Dj Zeez on the track “Ja Won Si” Morachi- on “Holl It” and a lot more hit songs at the end of 2005.

He is the only Nigerian artist who uses an ancient African language called “Eno” in a unique style to deliver his music. Eno was used during the slave trade era as a coded way to communicate amongst women and both Hausa, Igbo, and Yoruba have a way of speaking the coded language.

In 2008 he dropped a series of singles which includes Money Making Machine, Bebe ‘N Lo, and the heavy street anthem ‘Kabakaba’ featuring the late Dagrin and Remi Aluko on the album titled “SHOWTIME which was released in June 2011. He also featured artists like Olamide – (Ewo Won), J.J.C n 419 Squad – (serious spending), M.I, & Buckwylla – (Call Me Boo) and many more.

Konga has worked with a good number of Nigerian artists and producers both at home and abroad, ranging from LayLow, I.D Cabasa, J.J.C, Tudasky, Cash-Son, etc.

He has performed at numerous events at home and abroad such as the INDOMIE GROOVE which was a Nationwide Tour of Universities and Polytechnics all over Nigeria, the 1st edition Rythm Unplugged, Guinness Extra Smooth ‘Launching, Nigeria Independent Concert’ which KONGA went to represent Nigeria in London, UK. The event was sponsored by BEN TV UK, KONGA, and FANS who live in Dublin.

His new release and trending album in 2022 is ‘AWOL’ and currently dropping videos back to back. He is a talented atmosphere charger, and also the C.E.O of Funky Monkey Entertainment.

KONGA as a brand believes in consistency and working hard to build a solid reputation and an outstanding body of work that hopefully will outlive him.

A few days back, City People Journalist, Benprince Ezeh (08068599879) met him at an event and got him talking about his absence from music. Below are the excerpts from the chat.

Please may we know your name?

My name is Lawal Olalekan Olumo, popularly known as Konga.

Many people are saying that you’ve been fading out of the music industry, so what were your reasons for being out for long?

A lot of things have been up, the market has changed, what we invented, a lot of things that we use to do back in the day, we used to have different popular demands, only western sounds dominating and all. We tried very hard to make sure Afrobeat is on the world platform, but right now it’s a different ball game because of the digital market compared to when we used sell tapes and CDs. I’m excited and it’s been amazing, it’s different from the piracy age to the main money-making age, so this is what brought me back to do what I like and earn from it.

Does it mean your comeback was because of the money the new artistes are making now?

No. It’s simply passion. If you believe in creative art, if you’re unique, if you’re naturally talented, money won’t freak you because you already know the talent you have, and you can break boundaries. A lot of upcoming artists lately are actually looking at the money side but trust me, “follow come dey different from memory card wey dem put for phone”. It is just like those old days we used to depend on CDs, it’s not like that anymore, you just put a flash or card. So it’s the new elevation? It’s the new trend, trend is the only constant thing. So I’m so excited to witness these beautiful things that are happening now. I’ve got a beautiful album to follow up on as well. Special shout out to ‘Dagrin’, late Dagrin, may his beautiful soul rest in perfect peace, my regards to his family as well. He was special to me.

People said that since the death of Dagrin, they have not heard one song from you, so what kept you from having one or producing an album?

From my previous explanation, we have grown from the piracy age to the money-making age. As a matter of fact, I celebrated my 40th birthday on January 9, this is to tell you that am no more a kid, I have released albums, when I say albums, I’m planning on releasing the 6th album, which is the EP, I want to release another EP. My last album was last year, I was supposed to drop it immediately after Covid-19, which was on October 20, 2021, the day terrible things happened to the citizens of this country at the Lekki toll gate, but I postponed it because of the sad incident. Not quite long, I lost my mum, her beautiful soul rests in perfect peace, because even the language I use in rapping, she taught me everything. Again, it’s high time government looked into creative arts, not just oil and gas and other things. Creative arts, music, and movies, we are doing so well in these fields, they need to invest in them. So like I said, I’ve dropped a lot of albums before the digital age. I’ve been dropping them and you know this is Africa and so we deal with jealousy and envy which will always come in your kind of activity or lifestyle, it’s not been easy you know, compared to the computer age now that you can just send email to everybody and your song is everywhere. We were going door to door. I dropped albums like Konga H2O, Konga Swagger King, Showtime Album and my recent album is ‘Awol’ (Absence Without Official Leave). AWOL is the answer to what you just asked me now, like Konga where have you been, what happened to you, why have we not been hearing you? But I’ve been traveling in and out of the country to satisfy my fans.

When is the album coming out?

I’m dropping a new album before the end of the year, I have a single from the album, titled ‘Enjoy’, stream it on iTunes, Amazon, and everywhere, it’s available on all digital platforms and I will appreciate that God bless you all.

How I Got My Big Break In Catering Business

10 Key Principles That Can Work For You

El-Rufai Threatens To Sack Doctors ‘If They...