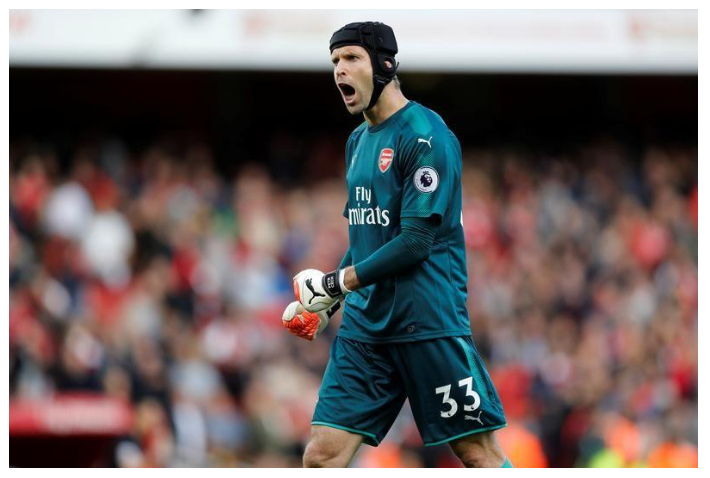 Arsenal goalkeeper Petr Cech has said his Chilean teammate, Alexis Sanchez wants to win the Europa League but the entire club must go into the campaign with the intention of winning the tournament or set themselves different priorities for the season.
The London side host Germany’s Cologne in Europe’s second-tier competition on Thursday and Cech, who won the title with Chelsea in the 2012-13 season, said the club must take a call on how they approach the tournament.
“You make your decision,” he told London’s Evening Standard.
“At Chelsea, we were really disappointed to have been knocked out of the group stage (of the Champions League) but we decided that for the first time and the last time, hopefully, we play in the Europa League so we want to win.
“…either you take it seriously and you go to win it and you give yourself the chance to do it or you give yourself different priorities and see how it goes.”
Arsenal, fifth in the Premier League last season, missed qualifying for the Champions League for the first time in 20 years and coach Arsene Wenger has indicated the club could focus on winning their first league title since 2004 this year.
Wenger, who has suggested he may rest key players in Europa League matches, will have to take a call on fielding striker Alexis Sanchez against the German side on Thursday.
The Chilean was jeered by sections of the crowd at the Emirates Stadium during his brief appearance as a substitute in the 3-0 league win over Bournemouth on Saturday.
However, Cech said Sanchez, who was linked with a move to rivals Manchester City in the summer, was committed to the team’s cause.
“I spoke with Alexis and he wants to win,” Cech said.
“Sometimes people say ‘he does this, he does that’ but I think in a way, he is a guy who plays with all his passion and all his heart.”

Alexis Wants To Win Europa League But Arsenal Must Decide What They Want – Cech was last modified: September 13th, 2017 by Damilare Salami

You Need Know This: Study suggests ‘fat but fit’ is a myth