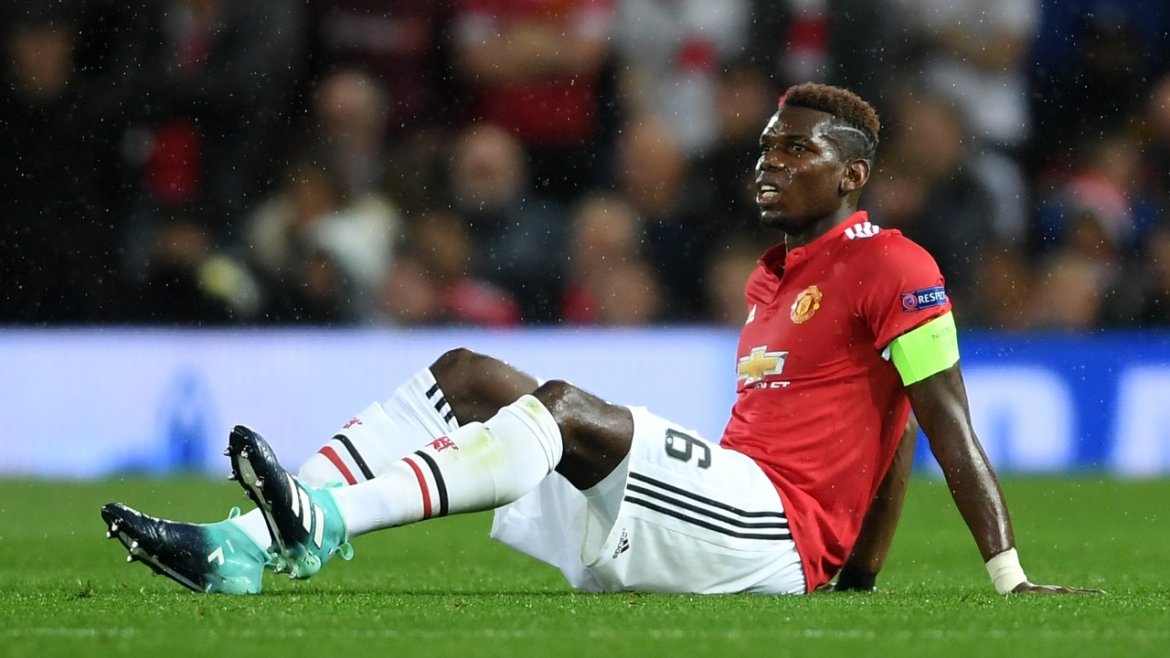 Manchester United midfielder Paul Pogba looks set for a spell on the sidelines after being substituted with a suspected hamstring injury during the first half against FC Basel.

The Frenchman, who was wearing the captain’s armband for the night, had to limp out of the UEFA Champions League action after just 18 minutes and he was replaced by Marouane Fellaini, who went on to score the opening goal in the Reds’ 3-0 win at Old Trafford.

When asked about the extent of his record signing’s injury, United manager Jose Mourinho told MUTV: “I don’t know. I just know from experience it’s a muscular injury. In my experience, muscular injury stops you from playing for a few weeks, I think.

“It looks for me too [like a hamstring injury] but I haven’t spoken yet to the medical department.

United will face Everton next, in Sunday’s Premier League fixture at Old Trafford, and Mourinho could give a further update on Pogba’s condition when he conducts his pre-match press conference later this week.

Cristiano Ronaldo is number one on FIFA ranking