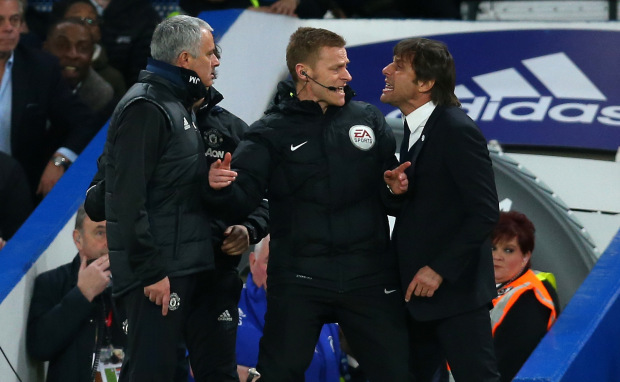 With the FA Cup just few hours away, Manchester United have a training session at Watford’s training ground at Colney this afternoon.

If it hasn’t already, a final decision will be taken on Romelu Lukaku’s fitness after that, although the assumption is that the Belgian will play.

Mourinho seemed in quite a relaxed mood as he spoke to the media, even joking with journalists as he headed back into the hotel.

He probably won’t be quite so calm this time tomorrow, when it will be four hours to kick off.

Now have Chelsea been preparing to face Romelu Lukaku or are they confident that the big Belgian forward will not be fit enough to take part for Manchester United.

His inclusion will have little bearing to Chelsea’s approach, according to manager Antonio Conte.

“I don’t know what is the decision tomorrow. But for sure if Lukaku doesn’t play there are great players to play instead of him.

“You don’t change your plan or prepare your plan only for one player. If Lukaku is not playing it means they have another important striker. (Marcus) Rashford, for example, could play.”

Now what of Jose Mourinho’s record in finals. Manchester United’s Portuguese boss has a remarkable record on the big occasion winning 12 of his 14 cup finals since lifting the UEFA Cup with Porto way back in 2003.

Will that be an advantage tomorrow?

“I think the winning mentality doesn’t have to do with records or history in finals,” Mourinho said.

“Honestly I think what we did in the past has nothing to do with tomorrow and the records don’t play, what plays is tomorrow 11 against 11 and everybody trying to give their best.”

All Is Set As Manchester United Battle Chelsea In FA Cup Final was last modified: May 18th, 2018 by Damilare Salami