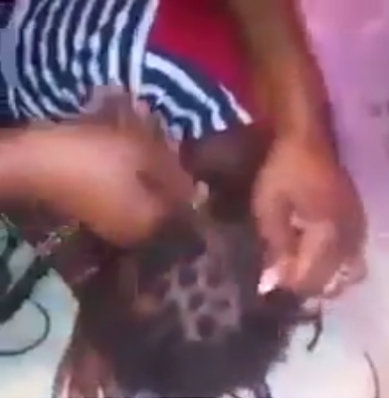 A Kenyan woman from Kisumu took vengeance on her husband’s mistress after she caught them in action. In the video, which was uploaded online to warn current or intending mistresses, the angry wife who could be heard speaking Luo, was seen chopping off the mistress’ braided hair with a kitchen knife.

Angry housewife chops off husband’s mistress’s hair after she catches them in bed [Watch] was last modified: January 6th, 2017 by Reporter