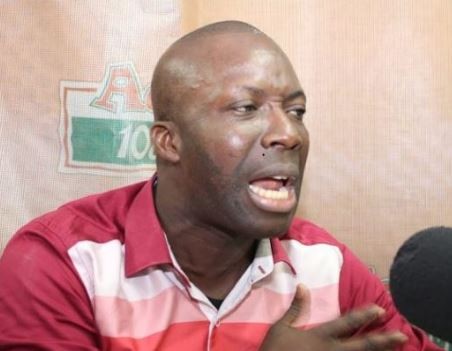 Controversial Ghanaian Prophet, Pastor Kumchacha of Heaven’s Gate Ministry in Ghana has claimed that any woman who screams the name of God or Jesus Christ when having sex will end up in hell.

He said that, whether the woman is making love with her husband or boyfriend, once the person screams the name of Jesus Christ during the act, she will not miss hell.

“Whether you are making the love with your husband or your boyfriend, once you scream the name of Jesus Christ while in the act there is no way you will not go to hell”, he revealed during a live television discussion on UTV.

According to him, specially trained angels will subject such people to all forms of severe beatings on judgment day before throwing them into hell because ”shouting the name Jesus Christ and Holy Spirit under such instances constitutes a grievous punishable by being thrown into hell.”

“God is not his personal property it is the omnipresent God we all know. Read Exodus 21:1-7 it says you should not mention the name of God in vain. So while being romanced if you are mentioning the name like that you commit a big sin. If care is not taken you could be flogged one day by invisible hands while in the

‘Any woman who screams God’s name during sex will go to hell’ – Ghanaian Prophet claims was last modified: April 17th, 2019 by Igbokwe John

How I Nearly Closed Down DAYSTAR Christian...