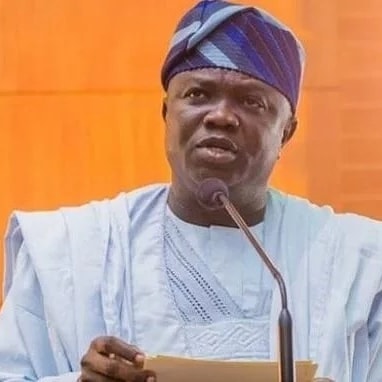 A special squad involving security agencies and stakeholders in the maritime will clear trucks and tankers on Apapa-Oshodi expressway from early hours of Friday to Monday.

The special squad involving security agencies and stakeholders in the maritime was set up on Thursday, July 19, 2018 to carry out the clearing from early hours of Friday to Monday.

The special squad, according to a report by Nation Newspaper, consists of 1000 policemen, 500 officials of the Lagos State Traffic Management Authority (LASTMA), 100 officers of the Nigerian Security and Civil Defence Corps (NSCDC), 120 officers of the Federal Road Safety Corps (FRSC), and 250 personnel of the Nigerian Military including Army, Air Force and the Navy. 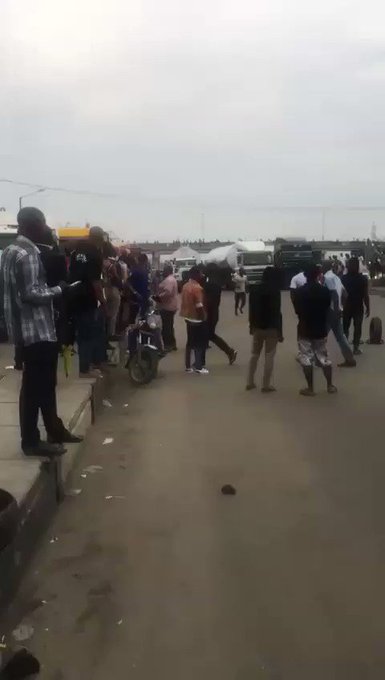 Twitter Ads info and privacy
In the same vein, the Lagos State Emergency Management Agency (LASEMA) will also deploy 20 officials, while the relevant unions within the maritime sector such as Amalgamation of Container Truck Owners Association, Nigeria Union of Petroleum and Natural Gas Workers (NUPENG), National Association of Transport Operators (NATO), Association of Maritime Truck Owners (AMATO), will provide hundreds of their members to serve as Task Force to work with security agencies.

We need to restore sanity to Lagos roads – Police commissioner

At a press briefing on the chaos in Apapa axis as a result of the gridlock, the Lagos State’s Commissioner of Police, CP Imohimi Edgal said the decision to set up the operation became imperative owing to the need to restore sanity and prevent complete breakdown of law and order.

According to the CP, “Everybody is aware of the madness going on along the Oshodi-Apapa Expressway that has been completely blocked by trailers and tankers. The same problem we have on our bridges in Western Avenue, Iganmu and Apapa axis.

“However, it would be irresponsible of us to continue to watch and allow Lagosians go through these period of untold hardship without coming up with strong palliative and security measures and strong joint effort to at least ease the traffic problem and allow for free flow of traffic, while agencies that are responsible for these problems sit together like I hear they are doing currently and fashion out permanent solutions to the problems.

“We have held series of meetings betweenThursday and Friday and we have come up immediately with a resolve to immediately start ‘Operation Restore Sanity On Lagos Roads’. This operation which kicks off by early hours of Friday is intended to move trucks and containers from our roads, highways and bridges to designated locations.

“Thereafter, inventory will be made. The shipping companies themselves will be called to send their representatives to take inventory of these containers and at least have records that the containers have been taken to the designated locations so that they can continue their activities from there,” Edgal said.

Also speaking, LASTMA’s General Manager, Olawale Musa assured residents that normalcy and order would soon be restored, saying that the men of the agency had fully been mobilized.