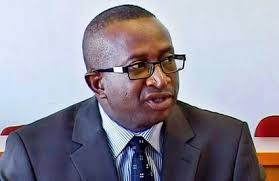 The All Progressives Congress (APC) has appointed Senator Victor Ndoma-Egba as the new Secretary for its National Convention Planning Committee.

This followed the resignation of Senator Ben Uwajumogu earlier on Saturday .

“He has been replaced by Sen. Victor Ndoma-Egba. – @BolajiAbdullahi”.

Uwajumogu’s resignation was confirmed in a statement signed by his principal secretary, Godson Amadikwa.

Amadikwa said his principal’s decision to resign from the committee was taken for personal reasons and to advance the progress of APC in Imo State.