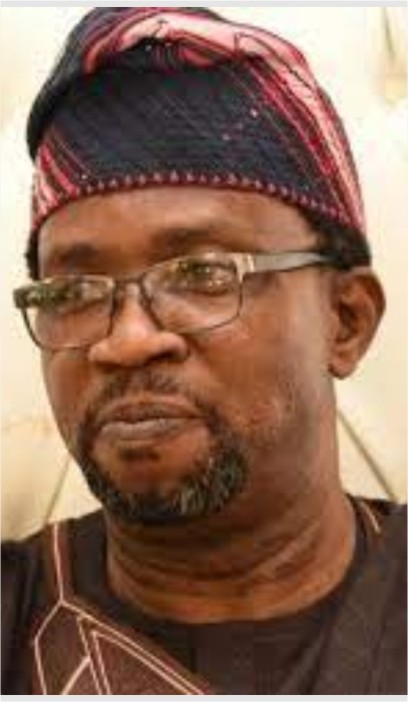 I would like to I appreciate the presence of the Senator for Lagos West, who is the Senate Chairman for Finance to whom Chief Kayode is Chief of Staff and of course, Dr Ibikunle is here, who has been my pal for years. I am proud to say that I was the one who did the promotion of the Olu of Ilaro to the Paramount ruler of Ogun State because I felt it was unfair to the district to have no one to chair as Oba. So, at that time, it was just Awujale, Alake and Akarigbo and I thought it was too loop sided. Today I am proud that the Yewa’s people are holding their homes and God bless the Olu of Ilaro and the Yewa people. When I announced my wish to be at this gathering, people asked why I would want to worry myself to be at this gathering but I said I owe Kayode a duty to be here and I gave plenty of reasons why I should be here. When I became Governor, I had no problem with him. He had been Press Secretary to other military Governors, but there was a terrible conspiracy especially from his people in Yewa. They said that I could have someone, who has served the military to be my image maker, so I said I am a journalist, a good administrator and should be able to work with anybody. The only thing is that the administrator will look at the best and worst in a person and pick the best. So, I had no problems with Kayode, but they insisted that they were going to give me another Yewa person. It was a painful decision for me to make, but we politicians must bend to the wishes of those who put us in office. And that was how Kayode was asked to step aside and I held a sent-forth party as I insisted that he must be seen to be honoured. So, he did not leave the government in disgrace because we held a hall resident party for him. I explained to him the pressure his people were putting me on to which they gave me Elegbede. As God will have it, Elegbede wanted to contest an election and I told him he would have to leave office. That was a good opportunity to bring Kayode back not as the Chief Press Sectary but I upgraded his office and made him higher as a consultant. This was because I believe in him and I have no regret that I took that decision.

I disagree with some of his conclusion in his book, those are the things I am going to discuss with him privately particularly about the 2003 elections. He was dodging and did not want to offend anybody as he talked about the robust campaign and planning project, while the other side was using the media successfully. Of course, I can assure all of you that I have put the 2003 elections behind me for many years.  What Awujale tells me every day is that we have Governors in Ogun State, but how many of them can stand up straight with his image intact with a raising record? I thank God I am here today, 2003 election is by-gone and whatever happened is now in the past. Although in his book, he concluded that I refused to go to court, yes I refused because the evidence was too much so let’s forget it. For example, Eng. Oyewunmi is a product of Imperial College in London and I used him as the Structural Engineer, who designed the government house that we now have. He also took advantage of the hilly situation and created different levels with heavy retaining walls. Then you say you are looking for technocrats, those people who went to Polytechnics in London and then bring them to be above the civil servants when you have someone like Oyewunmi.

Who doesn’t know that Imperial College London is one of the topmost schools in the world? Odunaro came in as a courageous character; I have never seen a man who could take such courage. He did not dwell too much on it but he wanted to be careful. When I was leaving office, he was one of those I pitied because no one expected that the election would go the way it did. It did because Prof. Odu of FUNAB, who was the storing officer, noted that the figure has been prepared. Some of the security people had given me the figure of the results announced by the Electoral Officers. I knew it was as a result of them taking my money and going to sleep in a hotel. In politics, you must learn to be a wasteful spender and to buy all kinds of lies, as it is a part of politics. I knew the election was a loss even though they had warned me against it. The electoral officer from Cross-River had told me not to contest the governorship because it was a concluded election. We shared 140 million on the eve of the election even though I knew it was a waste of money. I shared it because I did not want them to say it was because of the money that was why I did not win. So, when my son was contesting the House of Representatives seat, I believed he was reaping the benefit of the 140 million naira that I spent on that day because he enjoyed the goodwill. Odunaro was a witness to all these incidents, now I come back to him as a person.

When we left office, there were some I felt pity. We know how it all went after we left office, how the government was all over the country and how people went missing. In Sagamu. We don’t know where the body of age is until today. Yet Odunaro took the risk of engaging that government to the point that my successor had to invite him without details. Odunaro was also invited to the office of the governor with the late Kolade accompanying him to see the governor. The governor was trying to cajole him to snatch him away from me, but he stood his ground. Kabiyesi you have someone who is a great ambassador of the Yewa people, he is a man of honour.

At The Remembrance Of Alhaja ABENI RAJI OLUMO In LAGOS