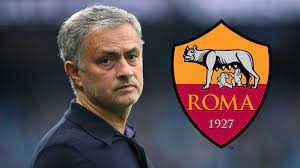 AS Roma have appointed Jose Mourinho as their new head coach ahead of next season.

The club made the announcement on Tuesday, weeks after Mourinho was sacked by Tottenham Hotspurs.

Meanwhile, Mourinho revealed that he and Roma shared similar ambitions. He expressed delight at the appointment, stressing that he cannot wait for the start of the coming season.

Mourinho’s appointment comes hours after Roma announced that their head coach Paulo Fonseca will leave at the end of the season.

AS Roma appoint Mourinho as head coach was last modified: May 4th, 2021 by Reporter