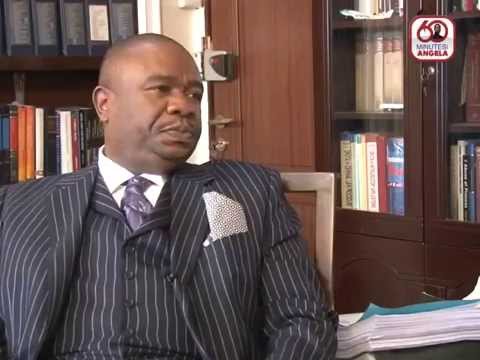 City People had months back predicted his coming into contest the Oyo State governorship. We can now confirm authoritatively that popular Lagos Lawyer, Chief Bolaji Ayorinde (SAN) will be contesting the Oyo State Governorship, come 2019 on the platform of Oyo SDP. And he is battle ready for the race.

He has  taken up the battle fully since last year, meeting with stakeholders across the state, especially those from Ibadan. He has also been attending so many political meetings and fraternising with all the big names in the political circles. He is one of the arrowheads of  Nigeria Intervention Movement NIM Coalition.

That Chief Ayorinde is finally running has not come to some as a surprise. This is because though he has not been actively involved in Politics for years, he has been close to all the big players in Oyo politics for the past 4 decades or so. Having worked closely with different governments at different levels, whether as their Counsel or Consultant, Ayorinde has come to understand how it works in the political circle.  He is a stakeholder as far as Oyo politics is concerned and a true son of the soil, having being born into a prominent Ibadan family of the Ayorinde of Ajimajasan Compound, Agbokojo Ibadan. His father was the Honourable Justice Timothy Adebayo Ayorinde, former Chief Judge of Oyo State and former Chancellor Diocese Ibadan, Church of Nigeria, Anglican Communion.

His great mark as the Pro-Chancellor, Chairman Governing Council Ladoke Akintola University of Technology, Ogbomoso between 2007 to 2011 is still on record. He also served as the Chairman of the Oyo State Committee on the Decongestion of Prisons.

He has won many legal battles for several top politicians and their political parties across the country.

Bolaji Ayorinde is also one of the Ibadan-born prominent men to have risen to the pinnacle of their career in the legal profession. He is well read, well exposed with a warm character to back it up. He is also well loved by the elites and the grass root in Ibadan. All these some say will definitely be an added advantage for Ayorinde when he eventually declares his ambition.

HIS GOOD PEDIGREE WILL HELP

He attended Sacred Heart Private School, Ring-Road, Ibadan for his Primary School education from where he then proceeded to the famous Government College, Ibadan in 1974 and obtained his W. A. S. C. E. Ordinary Level Certificate. He also attended the International School, University of Ibadan, Oyo State in 1979 and obtained his G. C. E. Advanced Level Certificate, International Baccalaureate, A Levels Certificate in 1981. At International School he was made the Head Boy, that is, the Senior Project of the School in 1980-1981.

In September 1981, he proceeded to the University College Buckland, Oxfordshire England, United Kingdom for his university education where he obtained the University of Oxford, G. C. E Certificate [Law] Intermediate LLB) in 1983.

He also attended the prestigious Holborn Law Tutors, Roupell Street, London for his University of London, Bachelor of Laws LLB Hons Degree Certificate and graduated in 1985. He proceeded to the Nigerian Law School, Victoria Island, Lagos in 1985, where he obtained the Council of Legal Education Certificate of Call to Bar in 1986. [BL Honours].

LAW ALL THE WAY

For his National Youth Service programme in 1986, Ayorinde was posted to Lagos State and attached to the Private law firm of Messrs Akin-Delano, Legal Practitioners at No. 6, Ijora Causeway – Lagos. During this period he was a Junior Counsel in the firm of Akin-Delano, Legal Practitioners with Offices in Ibadan and Lagos. He worked directly under the Principal, Chief Akin – Delano (SAN) and in 1989, he was seconded to take charge of the Lagos office. The firm is renowned for its Commercial Practice spanning for a period of over 40 years. He worked in the firm up until 1990 when he set up his own law firm,  B. AYORINDE & CO with offices in Lagos and Ibadan and now Abuja and Port-Harcourt.

He was appointed Notary Public for Nigeria on the 25th of November, 1994 under the Notaries Public Act Cap 331 by Honourable Justice Mohammed Bello G. C. O. N. former Chief Justice of Nigeria. On 26th September, 2005  he was elevated to the prestigious rank of SENIOR ADVOCATE of NIGERIA (SAN).

In 2007 he was appointed Pro-Chancellor, Chairman Governing Council Ladoke Akintola University of Technology, Ogbomoso, Oyo State of Nigeria where he served for the statutory 4 years until 2011. He was also the Chairman of the Oyo State Committee on the Decongestion of Prisons. His areas of law practice include:  General Civil Litigation, Commercial litigation, Company Law, Family Law, Property and Land Law, Banking, Insurance & Liquidation Law, Arbitration, Maritime and Shipping Law, Public Advocacy and Parliamentary Counselling Services.

He is a Patron of the Men’s Friendly Society and Young Women Christian Association of All Saints Anglican Church, Ikosi-Ketu, Lagos and he is also Patron of the Lady Workers League of the Cathedral of St. James The Great, Okebola, Ibadan.