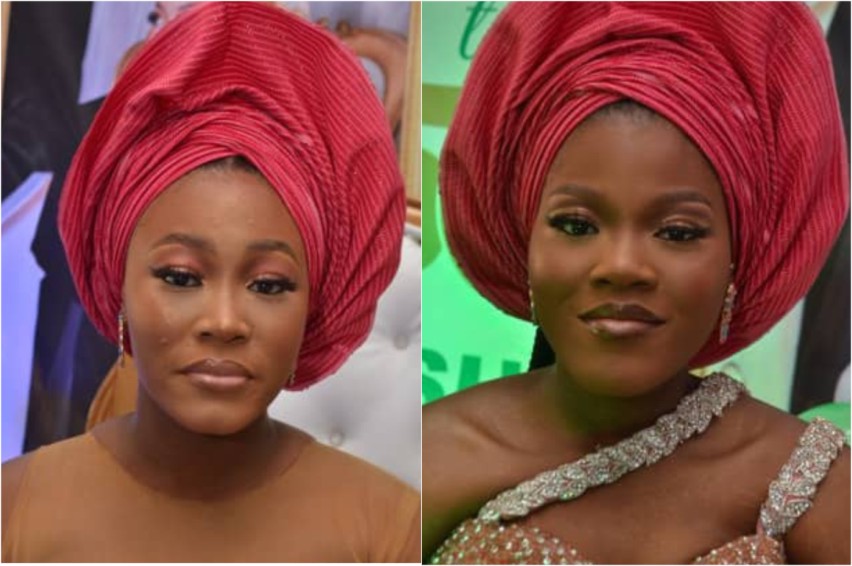 On Sunday 19th, June 2022, beautiful Mrs Ayisat Olabisi  Ipaye-Lasisi celebrated her 50th birthday party in grand style, in the company of her husband, Dr Gbolade  Taiwo Lasisi, a Cardiologist and their 3 cute girls, Tiwalade, Aderemi and Adeola Lasisi. They all looked sweet and exceptional in their lovely peach-coloured dress, from head to toe, with their perfect makeup touch and designer Gele.

Mr Abiodun Ojo was in-charge of everything, making sure everyone was satisfied and okay. He is the celebrant’s consultant on Accounting and Tax. The event took place @ Philjul Event Gallery, behind AP Filling station, Off Oba Ogunji road, before the new Pen Cinema bridge, Agege, Lagos.

It was a well-packaged event that had PM Guards on duty, with maximum security guaranteed. The hall was decorated in Green and White chiffon fabric, with luxury tables and chairs, while the backdrop on the stage had the backdrop of the celebrant’s beautiful pictures, adorned with Green and White balloons, everywhere, with tables covered with grass flowers, all kudos to Royal events. And at the side of the stage was a popular disc jockey, world-famous Deejay Kulet, with her turntable to thrill guests and dignitaries.

The event had in attendance a lot of dignitaries and big men with Class and Style. The official Mc for the event was Mc Coesow flex. Some vendors were also on standby to showcase their various products. They included Material Palmwine and Zion’s fingers, while Golden spoon and caterings were in charge of food, and both African and Inter Continental dishes were served. They also hailed drinks. Meanwhile, the MC, cracked the cribs of guests with a lot of nursery rhythms and olden-days games, including a dancing competition. It was fun all the way.

The event started promptly with an Opening prayer from Elder Samson Lawal and the celebrant had her first dance with her husband to renew their vows minutes later a king, Oba Barrister Olusegun Ogunye, the Ojutumoro of Ijebu Abisi Waterside came on stage to pray for the celebrant and her family. And both the celebrant and Kasbiyeesi danced together for a few minutes after which the celebrant proceeded to change into her 2nd outfit.

The celebrant came in with her second outfit, a Black and Champagne gold Swiss lace (short Buba and long Iro), with black Sagoe gele and Ipele, with Gold block heels sandal, with a to match purse.

There is no doubt about it that the celebrant is a great dancer, as she really danced her hearts out all through her event. She loves good music. She was surrounded by her daughters and her beautiful husband when she danced nonstop to Deejay Kulet’s beats.

After going round to greet guests who came for her party, she and her girls danced and displayed some dance steps and moves together and she cut her birthday cake in the company of her husband and the girls and the stage was declared open for Dj Kulet to thrill the guests nonstop.

Will Gov. WIKE Agree To Team Up With TINUBU?