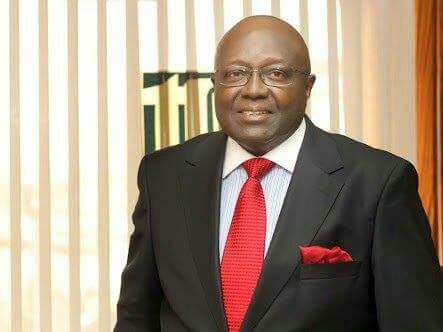 The President of the Federal Republic of Nigeria, Muhammadu Buhari, has approved the appointment of Chief (Dr.) Yemi Ogunbiyi, who is also the Balogun of Ipara Remo, Ogun State as the new chairman of the governing council of Obafemi Awolowo University, Ilé Ifẹ, Osun State while Professor Mvendega Jibo will head the council of University of Port Harcourt, Rivers State.

This happened as a result of relief of the councils of the two universities recently, following some crises in the two schools.

Education minister, Malam Adamu Adamu announced the appointments in a statement on Friday. He said the new governing councils would serve for a term of four years, in the first instance, with effect from December 28, 2016.

Chief Yemi Ogunbiyi founding chairman of Tanus Communications, once served as the Managing Director of Daily Times of Nigeria.

He received his secondary education from the Ibadan Boys High School and later went to University of Ibadan where he studied English Literature. He then went to New York University for his Masters degree.

He then served as an Executive Director of the Guardian Newspapers In Charge of Public Affairs and Marketing. He serves as a Member of Global Advisory Board at Repro India Limited.

According to his profile published by Bloomberg, Ogunbiyi was a Lecturer at Brooklyn College in the United States after his university education.

He returned to Nigeria in the late 1970s and taught at Ife. He has written a few books on African literature. He edited the book, “Drama and Theatre in Nigeria: A Critical Source Book” a comprehensive work on Nigerian drama. The entries in the book included various drama articles from the Nigeria Magazine which were becoming sparse and expensive at the time.