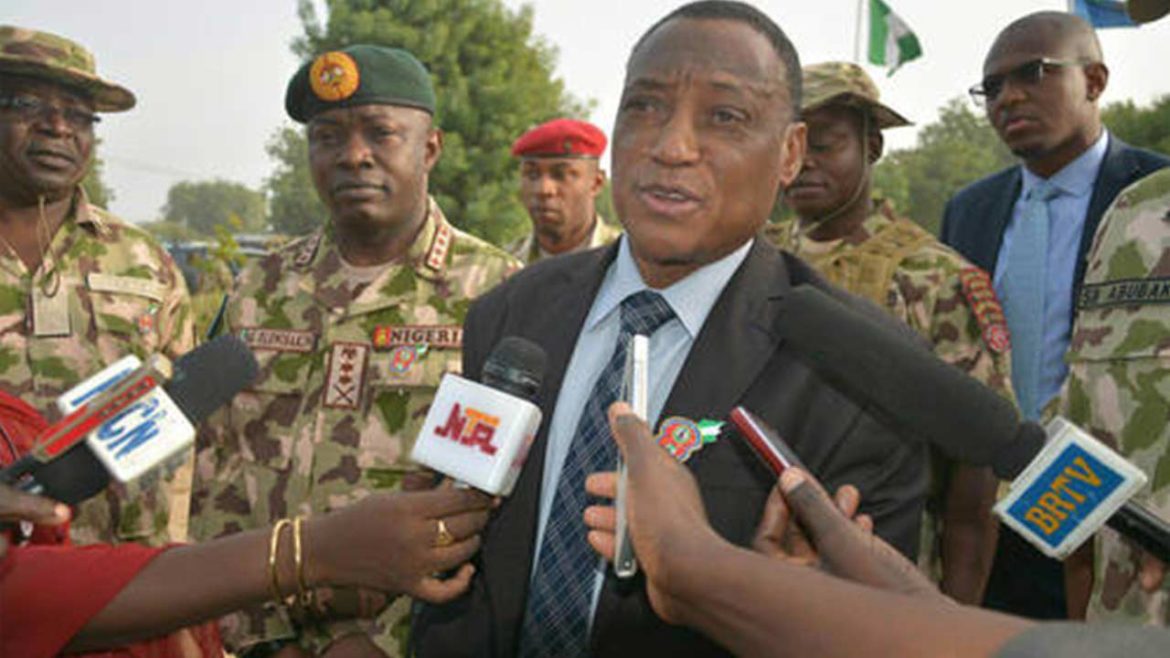 The Minister of Defence, Mansur Dan-Ali, says the bandits terrorising Zamfara villages could have links with the Boko Haram insurgent group.

He said the federal government has not ruled out the infiltration of Boko Haram in the north-west under the guise of bandits.

He made the remark on Saturday during an assessment of the activities of operation Sharan Daji in Zamfara.

Dan-Ali enjoined communities in Zamfara to continue to provide useful information on activities of suspicious characters to security agencies for prompt action.

The minister expressed satisfaction with the performance of the security agencies, particularly the military.

“You know the Boko Haram sect is facing serious defeat and are in desperate need to relocate to where they can operate without hindrance; unfortunately, there is no safe place for the members of the sect anymore because our security operatives are not relenting,” he said.

He explained that the state government was supposed to complement the effort of the security and lauded the recent formation of civilian JTF in the state.

The minister noted that the inclusion of the JTF members had further led to the dismemberment of the bandits.

He said under the multilateral joint security task force, the federal government had been able to block several economic sources of both the north-west bandits and the Boko Haram.