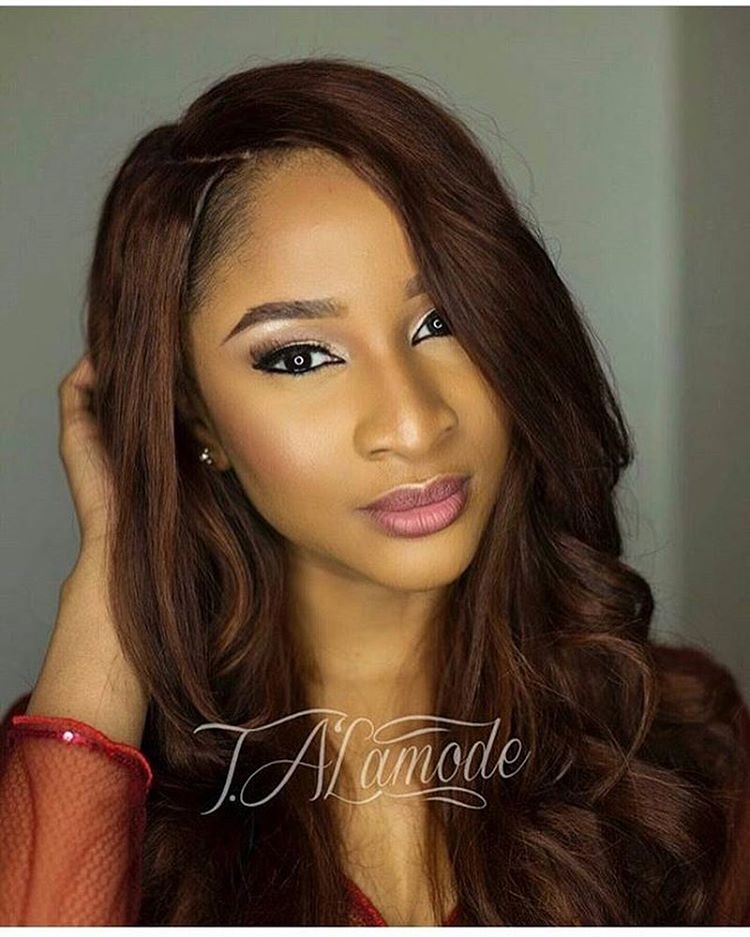 Last week, the internet was agog with news of music star Banky W and star actress Adesua Etomi’s engagement, after the former made a shocking revelation that they are set to tie the knot. The duo who featured in the hit movie titled The Wedding Party, where they starred as newly married couple, took all by surprise with the news and ever since the revelation was made, a lot of their colleagues have been showering them with encomiums. It is no doubt going to be the biggest entertainment wedding of the decade as both entertainers are big players in their genre. The EME record boss who until recently has been touted as the hottest bachelor in the entertainment industry, announced their engagement on his social media with a story on how their paths crossed.

His bride to be, Adesua Etomi also replied with a loving message on the same social media platform, Instagram. Some of their very close friends also confirmed the engagement news, the likes of Captain Demuren,OAP Toolz’s husband who is Banky W’s best friend. He said “He asked. …She said yes” Love you guys!!! Congrats Susu&Bubba !! . This was tough keeping coded for so long” and also Adesua’s manager Isioma said “Definitely the biggest secret I’ve had to keep. God bless you both as you embark on this journey”.

Long before now, the two have been spotted together at different occasions and Banky also gave clues that she was the woman who has won his heart as he featured her in one of his music video “Made For You”.

In an interview Banky had with City people few months ago, he spoke glowingly about his delectable bride who he had a romantic scene with in the movie, The Wedding Party. Although he concealed his feelings about her, he however didn’t hesitate to reiterate on her good qualities and what he loves about her. In his words, “As a warm blooded male if they put you next to Adesua and you don’t try to create some chemistry then I don’t know what to say to you. She is a very lovely girl and greatly talented, and she made it a lot easier for me.Because I was new to the movie thing, I wanted to go over my line again and again to make sure I was doing it right and she and RMD were kind and gracious enough to work with me and am very grateful to all the cast”. When asked if the passionate kiss they shared in the movie was real, he said “yes, it was very  real, not acting. We kissed for real.”

The bride to be Adesua Etomi is one of the hottest sensations in the movie industry with multiple awards and nominations in her kitty. Light skinned, adorable and very courteous Adesua is a natural charmer. She is a seasoned actress with a great depth of acting skills, this is evident in her rise to fame irrespective of her short debut. Born as Adesua Toluwalope Etomi in Owerri, Imo State, her father is a soldier of Esan descent, and her mother is an engineer of Yoruba descent. She is the youngest of three siblings.. She attended Corona School, Victoria Island, Lagos, where she joined the drama club at only 7. At 13, she moved to the United Kingdom, where she later obtained a diploma in “Physical theatre, Musical theatre and Performing Arts” at The City College, Coventry, United Kingdom in 2004. After completing these courses in 2006 with triple distinctions, she went on to study Drama and Performance at the University of Wolverhampton, graduating with a First class. She stormed the Nigerian movie industry in 2014,  starring in her first feature film, Knocking On Heaven’s Door , a movie that launched her as the act to watch out for in Nollywood. The multiple award winning actress has also  featured in several other movies like  A Soldier’s Story,  Out of Luck, Couple Of Days,10 Days In Sun City among others.

The introduction ceremony held at the bride’s family home at Lekki, Lagos on Saturday May 6th and preparations are in top gear for their wedding ceremony which comes up in few months.