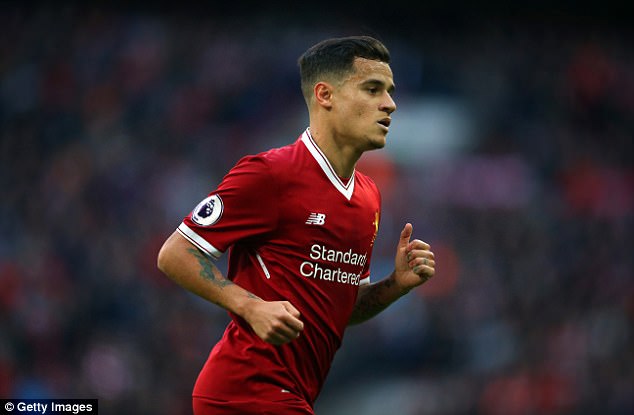 A report that surfaced on a UK newspaper, Daily Mail revealed that Liverpool are prepared to let Philippe Coutinho go to Barcelona in January.
Daily Mail while quoting reports in Spain says that Barcelona are not backing out of the Coutinho signing yet and Liverpool will give a nod come January.
Barcelona made a huge effort to bring the Brazilian to the Nou Camp in the summer following Neymar’s departure, with the Reds rejecting numerous bids from them.
And though Coutinho remained a Liverpool player, La Liga leaders Barca have not shifted their interest.
Mundo Deportivo claims that Barcelona scouts watched the 25-year-old at Wembley on Sunday as Jurgen Klopp’s side were beaten 4-1 by Tottenham.
They also state that the German has neither ruled out a sale nor denied that an agreement exists between the two clubs over his eventual transfer.