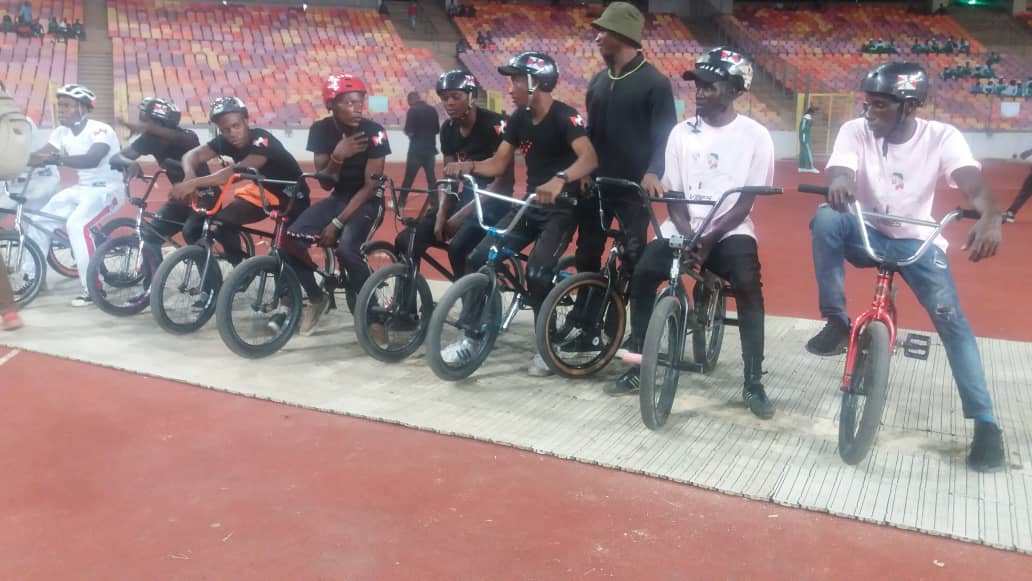 Bayelsa State have claimed the first gold medal at the 19th National Sports Festival in Abuja.

Kelly Ebi Caleb from Bayelsa State had the honour of winning the first gold medal having finished tops in the Men 200 cycling event.

Delta state’s Azeez Mutiu had to settle for silver medal while Isah Momoh of Kaduna state came third and got the Bronze medal.

After Thursday’s merrymaking at the opening ceremony of the National Sports Festival, athletes have since switched to serious mode as 11 events are already underway

The game of football will kick off Friday at the FIFA Goal Project Package B while the slam and dunk game of basketball will be holding at the Outdoor Court Package B National Stadium.

Boxing will be held at the Gymnasium Hall and Aguiyi Ironsi cantonment simultaneously, Cycling will also hold at Jabi Roundabout.

Kung Fu and Taekwondo will hold at the Velodrome Package A, while Para-table tennis and tennis will go down at the Indoor Sports Hall Package B National stadium.

Scrabble holds at the VIP Lounge Package A national stadium while those seeking for honors in the Judo event will be slugging it out at the Mambilla barracks Abuja.

Powerlifting will hold at the Gymnasium Hall Package B national stadium.

Delta State are the defending champions of the National Sports Festival; having won an amazing 114 Gold medals at the Eko 2012 edition.