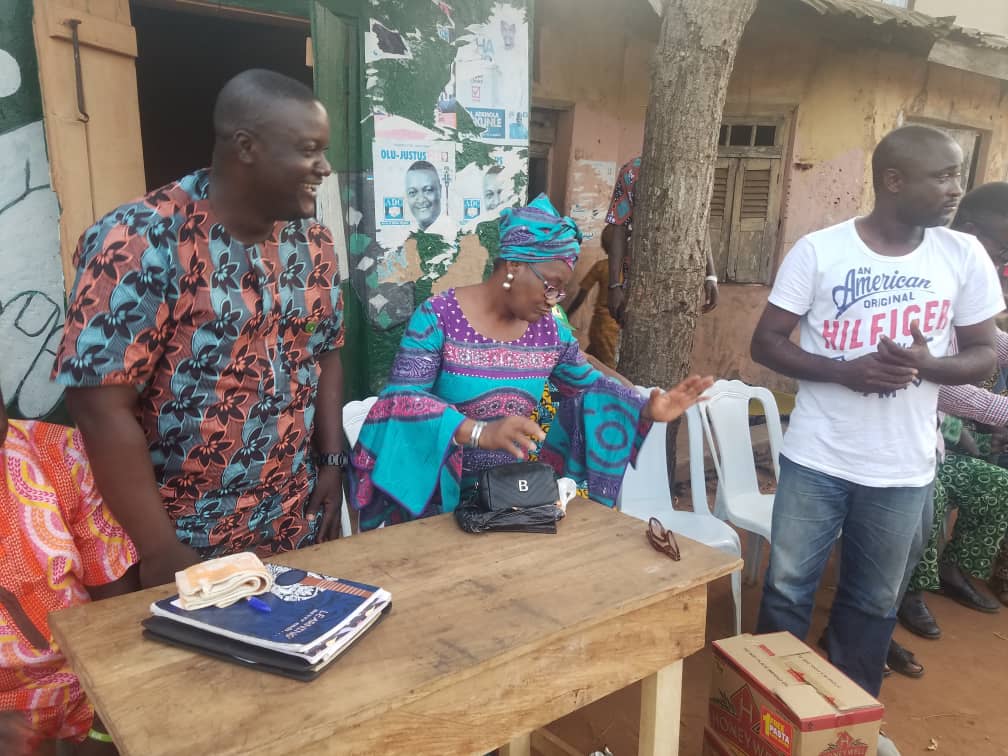 The African Democratic Congress (ADC) campaign train moved to Okun Owa, in Ijebu Ode, Ogun state, on Friday, December 7, 2018 with its deputy gubernatorial candidate, Madam Bisi Okeowo-Bolade, urging Ogun not to sell their future by succumbing to alleged moves by power-hungry junkies to buy their permanent voter cards (PVCs) for as little as N10.

Chastising the APC for failing to fulfill its promises to the people since 2015 in the Madam Bisi Okeowo advised the people not to allow APC humiliate them by buying their PVCs.

Madam Bisi spoke to an excited huge crowd, saying it was time to transfer Ogun State to the ADC so as to experience the best years of the state.

He said, “Today, we have listened to the failures of the APC government since 2015 till today. There is nothing they have not promised us; they promised us security, jobs and better economy, they failed.

“In terms of corruption, this state is worse off today than we were in 2014. In terms of economy, we are not performing as a gateway state that we used to be proud of. In terms of insecurity, we are the most insecure than at any other time in history.

Warning the people not to selltheir PVCs, She noted that APC would use it against them.