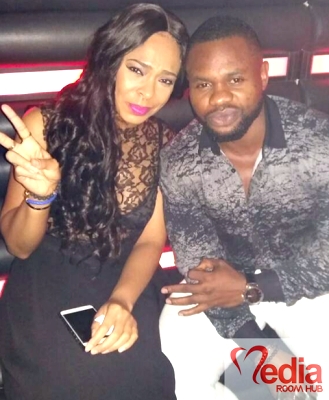 The duo who had not reportedly spoken to each other since their return from South Africa, where the reality show took place, heeded to the advice of media personality, Azuka Ogujiuba and club owner, Charles Opaleke by settling the beef between them. The reconciliation happened early this Monday morning at Planet Work Night club in Abuja owned by Charles Opaleke, where the celebrity journalist Azuka of Media Room Hub brought them together for a ‘reconciliation get together’. Speaking on the celebrity reconciliation, Azuka said: ‘Since they got out of the house,  I’ve been talking to them to let go and move on with their lives and I’m glad we finally made it happen’.