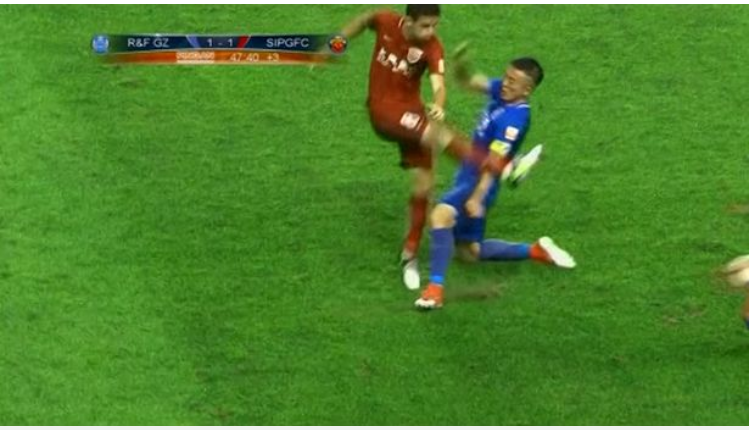 Former Chelsea star Oscar sparked a mass brawl during Sunday’s China Super League game between Guangzhou R&F and Shanghai SIPG. Guangzhou were already feeling frustrated when Hulk controversially levelled the tie to 1-1 on the stroke of half-time. The hosts believed Oscar, who provided the assist, was standing in an offside position.

With the goal standing, the game restarted with barely a second to spare before the interval.

However, there was time for a mass brawl, which saw two red cards and three yellows.

After one of his teammates is fairly dispossessed, Oscar rushed in and smashed the ball at the tackler.

The ball rebounded in the opposite direction, the Brazilian then booted the ball at a different Guangzhou player.

At this point, the 25-year-old is shoved to the ground by one of the opposing team.

Guangzhou footballers crowded round a motionless Oscar only for his SIPG teammates to join in, creating a huge scrap.

Staff and substitutes from both teams were forced to enter the pitch and break up the brawl which ended with a player from each side being sent off.

Remarkably, Oscar escaped the incident unscathed and out of the referee’s book.