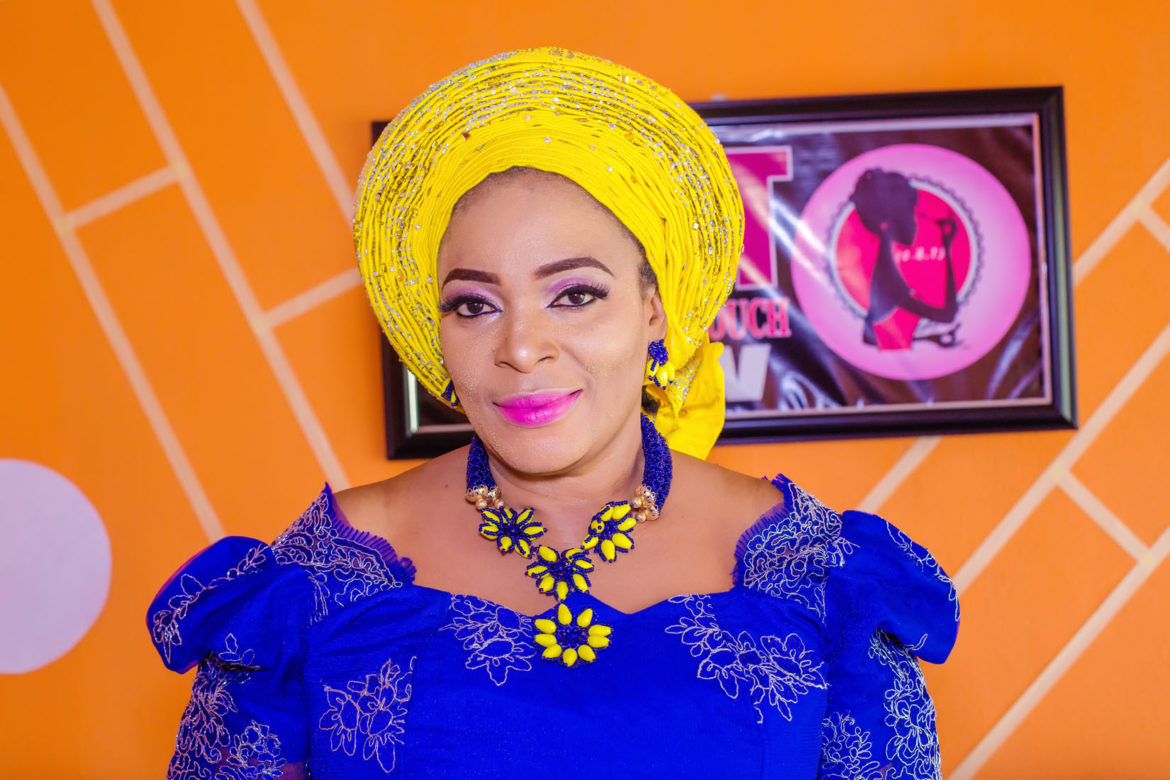 Chinyere Nwabueze is one of the veteran actresses in Nollywood. She is in hot demand right now by all the Producers and Directors especially in Asaba and Enugu who crave for her services. They want her to be part of practically every movie production. That’s why she is always so busy at so many movie locations.

Over the last few years, she has established herself as a household name, having taken part in many epic numbers of Nollywood movies. Chinyere is a renowned actress. She has successfully won the hearts of many movie makers with her acting prowess. The Theatre Arts graduate who first had a stint in the banking industry before joining the industry is a plus size actress and her plus size has been her strength. It is one of the things that earn her roles.

Apart from her motherly roles which brought her to the limelight, the actress who is also a Producer told City People how her plus size has projected her in the industry. Her journey into the entertainment industry the challenges, and also that her versatility is one thing that has kept her in the industry for so long and made her relevant up to date.

When asked what movie she is working on now, this was what she said? I am working on a couple of movies in Lagos now, yeah…I tried producing in the past. The most popular one amongst the movie I produced is the second Adam. These days, I have been too busy filming for other producers. But I am working on a personal project which will be shot before the end of the year by the grace of God.

We wanted to talk about her journey into the movie industry. “My journey in the industry has been a roller coaster kind of journey not devoid of bumps and challenges, but I will say that the setbacks and challenges have been with my time and sacrifices.” Which would she say has been her most challenging movie? I have done quite some roles which have challenged me professionally but I thank the good lord that I didn’t disappoint at the end, and that is because my versatility and my craft which I believe my producers have come to recognise has helped me a great deal. I am no longer boxed into playing a  particular kind of roles. I believe that’s what has kept me this relevant in the industry. Also my consistency and my being focused on the game. And I have also been able to remain at the top of my career, because, I am focused on the game, I also try to be myself at any given time, maintaining a good working relationship with my producers, directors, and my colleagues. Yeah.. in between my busy schedules and other commitments I tried to initiate this foundation called Women in Nollywood development initiative (Windi) it is all about women in the entertainment industry especially the acting industry, coming together to strive in giving back to the society in our own little way.

Any regrets about being an actress? “So far so so good. I don’t have any regrets about being an actor because this I believe is what God called me to do in life. It’s my passion and my vocation. I didn’t just gatecrash or stumble into the industry, I prepared for it right from my childhood, even when there wasn’t anything called Nollywood. I studied Theatre Arts at Benue State College of Education (NCE) and the University of Jos (B.Arts) and I was very active in a dramatic club right from primary to my secondary school days. I am a passionate Thespian.

How supportive has her husband been towards her career? “I have a very stable family life and my spouse is so supportive of me. He is my backbone and he gives me strength and all the support to excel in my career. Apart from being a number one fan, he is also my no 1 critic, I try as much as possible to separate my family life with my career life, reason why people don’t get to read or hear so much about it. It suits us just fine like that. He is also in the limelight in his own field  but we don’t want distraction.”

Where was Chinyere born?

I was born in Katsina State but grew up in different towns and cities in Nigeria because my father was a career federal civil servant. My secondary school was at Owerri Girls Secondary School.” But she is from Asaga Ohafia, Ohafia L.G.A  in Abia State.

Being A Plus Size Earns Me Motherly Roles – Veteran Actress, CHINYERE NWABUEZE was last modified: September 24th, 2018 by City People