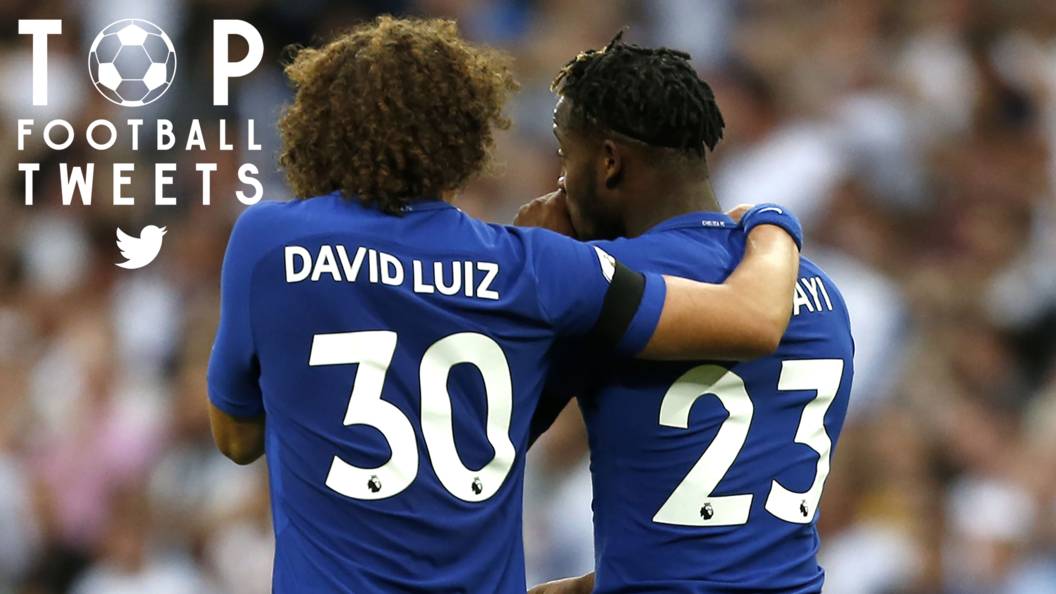 Football has gone beyond having 22 grown-ups chasing a round leather object and leaving thousand either happy or sad to warfare of words, passion, love and hate amongst contemporary fans.

Whether your team won, lost or drew this weekend, enjoy the aftermath of the games with the best football tweets.

Raid the minibar, throw a TV out the window… demand a framed picture of Wes Hoolahan. Hope this hotel got a good review.

The boring, ponderous, crab-like Manchester United have scored eight in their first two games. Unfortunately, they are yet to face a defence who know what they’re doing.

Our goalkeeper Mark Travers catches their keeper off his line and it goes over his head and into the net! (BS 2-3 Wey)

Every weekend should feature a goalkeeper, somewhere, scoring a heroic late winner. Weymouth’s on-loan Mark Travers did the honours this time round, and followed it up by tweeting as if he was a striker who’d scored a tap-in.

Buzzing to make my senior debut for @theterras great to get the 3 points and grab the winner ??⚽️ https://t.co/hRy4bNgoXf

Notts County, Alan Smith and Shola Ameobi here, bringing us a substitution right out of 2004-05.

The West Ham co-owner’s candid social media policy continuing to pay off, unlike most of his new signings

Poor old Arsenal. If this was the wound…

…then this was surely the well rubbed-in salt

apologies for the delay in replying. We've been busy looking for a missing person, surname Ozil. Have you seen him? #Banter

Our national stadium has facilities for absolutely everything… Lol

Wembley is so big that "unused space" gets its own room. #TOTCHE pic.twitter.com/F7ktlFsA3f

…even if they can’t work out how to get Spurs to win there.

Zlatan Ibrahimovic, it seems, isn’t the sort to let the trifling matter of a serious knee ligament injury spoil his fun…

Irony 1-2 Confusion at Wembley on Sunday, as Chelsea’s Michy Batshuayi scored at the wrong end…and prompted the same deadpan joke by everyone:

Thank you to @GoonerVAYA for this image.
It proves that no part of Lacazette is actually offside anyway! #Arsenal pic.twitter.com/wWQ6B9BiFc

Olatinpo Abosede Odutola Opens Up On Women, Education and Empowerment