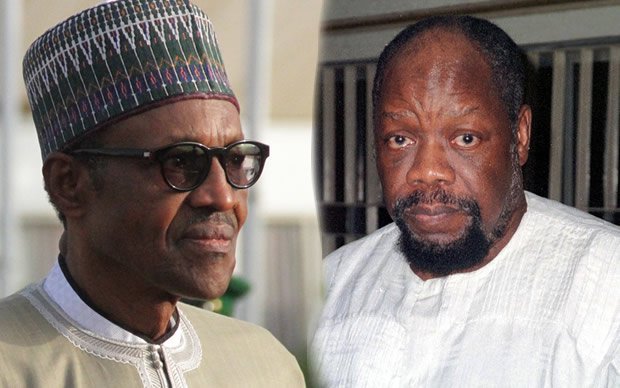 President Muhammadu Buhari has posted a short clip of him meeting with Chief Emeka Ojukwu.

The video has been uploaded via Buhari’s official Twitter page, as arguments started all over social media, after he mentioned that he met Ojukwu in 2003.

In the clip, the two men are seen shaking hands, during the meeting that took place in the President’s hometown of Daura.

“In 2003 after I joined partisan politics, the late Chief Emeka Ojukwu came and stayed as my guest in my hometown Daura. Over two days we discussed in great depth till late into the night and analyzed the problems of Nigeria. We both came to the conclusion that the country must remain one and united.

“Nigeria’s unity is settled and not negotiable. We shall not allow irresponsible elements to start trouble and when things get bad they run away and saddle others with the responsibility of bringing back order, if necessary with their blood,” Buhari had said during his nationwide broadcast on Monday.

Some Nigerians were not convinced the meeting happened and felt it was all propaganda.

In 2003, the late Chief Emeka Ojukwu visited me in Daura. Over 2 days we discussed Nigeria’s problems extensively, & came to one conclusion. pic.twitter.com/RJJjzwgKwL