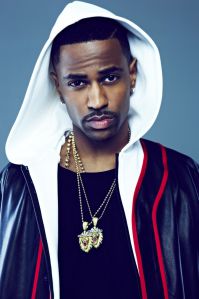 The Motown rapper made this known in a recent interview with Vibe where he spoke on Mac Miller, piano and vocal lessons.

In the seven minutes long video, Big sean told the interviewer that he is half Nigerian when he spoke about his grandmother, whom he grew up with in Detroit, Michigan in the United States of America.

Big Sean was born Sean Michael Leonard Anderson to to Myra and James Anderson in 1988.

In 2005, Kanye West was doing a radio interview at 102.7 FM. Hearing about this, Sean headed over to the station to meet West and perform some freestyle.

Initially West was reluctant to hear him, however he gave Sean 16 bars to rap for him.

According to Big Sean, West enjoyed his freestyle: “As we get to the entrance of the radio station … we stopped in the middle of the doorway. He starts looking at me and bobbing his head.”