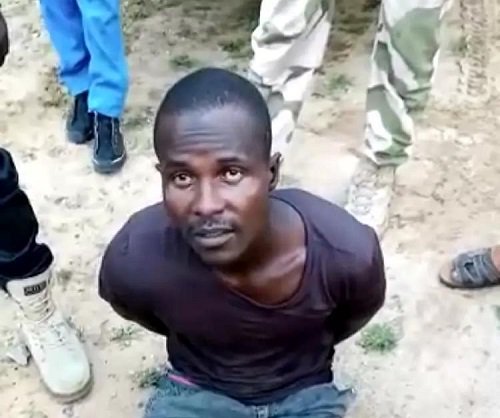 Bukar–China, otherwise known as Abdullahi Bukar Modu, one of the top wanted Boko Haram Commanders who specialises in driving vehicles mounted with anti-aircraft guns has been arrested by troops of operation Lafiya Dole.

His arrest alongside with nine other members of the group occurred at Pulka in Borno State during a clearance operation by the Army and the Civilian Joint Task Force on the 9th, October 2019.

A statement by the military reads that “gallant troops of the Nigerian Army working in conjunction with members of Civilian Joint Task Force on clearance operations on 9 October, 2019 arrested 10 members of BHT in Pulka Borno State.

Bukur was earlier sighted in a video where he confessed to have participated in many dastardly attacks of the group including the sacking of Bama town in Borno State four years ago.