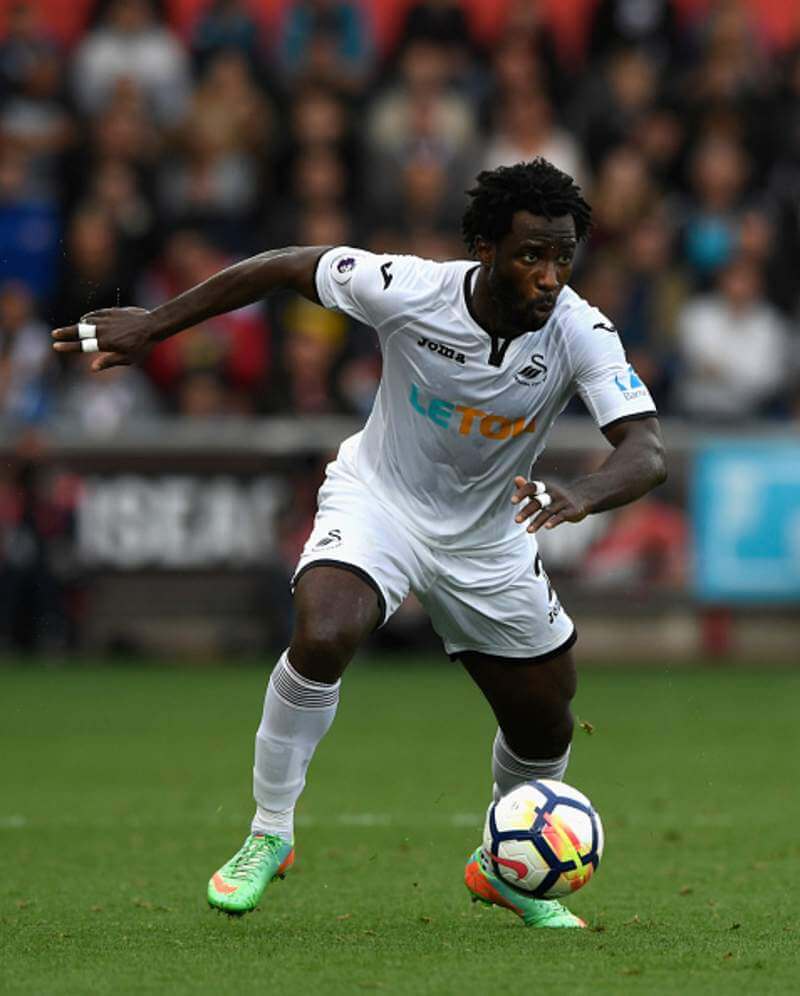 The Cote d’Ivoire international had been sidelined for three weeks with a recurring hamstring strain but made a return in the Swans’ 2-0 defeat to Burnley last weekend.

YOU MAY ALSO LIKE: BRAZILIAN STAR, ROBINHO SENTENCED TO 9 YEARS IN PRISON

The forward has started only two Premier League games since his return to South Wales, but with first-choice striker Tammy Abraham a major doubt, Clement has given the ex-Vitesse striker the nod to get his third against Eddie Howe’s men.

“I would prefer to have Tammy available, of course, because he has shown he can score goals for us,” Clement told club website.

“But we have Wilfried Bony back, fit, and he is ready to start.

“He is motivated, he is hungry to play and perform.

“That’s why you have more than one good striker in your squad.”

Clement also gave an update on Abraham’s back injury, saying: “Tammy has not trained yet and we will have to see how he responds to the treatment he has had [on Thursday] and whether he trains [on Friday].