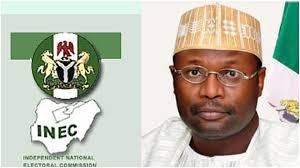 The Independent National Electoral Commission (INEC) has dismissed claims that the 2019 elections in Nigeria would be rigged.

The main opposition party, the Peoples Democratic Party (PDP), had on Monday alleged that the INEC Chairman, Yakubu Mahmood, had been penciled down for the “Onnoghen treatment.”

It also alleged that Mahmood was taking directives from President Muhammadu Buhari.

However, the Chief Press Secretary to the INEC boss, Rotimi Oyekanmi, assured that the commission would not be distracted by such a claim.

“The INEC has been conducting general elections since the past 20 years,” Oyekanmi added.

“During this time, especially since 2010 and particularly from 2015, the commission has introduced many innovations to improve the electoral system.

“One of such innovations is to ensure that no member of any political party is engaged to participate in the conduct of elections.

“It is not enough to make wild allegations. It is incumbent upon those who make such allegations to also provide the proof.”