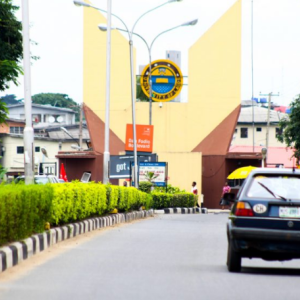 A lingering dispute between Wale Babalakin, chairman of the governing council of the University of Lagos (UNILAG), and the management of the institution has led to the suspension of the varsity’s 51st convocation

The convocation ceremony was slated to begin from March 9 to 12.

But in a letter addressed to Adamu Adamu, minister of education, Babalakin said the university did not follow due process before reaching its decision.

Oluwatoyin Ogundipe, the university’s vice-chancellor, had during a press briefing on Monday unveiled activities lined up for the institution’s convocation.

Part of the activities included was a convocation lecture slated to be delivered by Isa Pantami, minister of communications and digital economy.

But in the letter dated March 2, Babalakin had maintained that the convocation ceremonies were not approved by the governing council of the university, hence the call that the minister halt the process.

Responding to the letter, Adamu had written to the university through Sunny Echonu, the ministry’s permanent secretary, to the National Universities Commission (NUC), to effect the suspension of the convocation.

“The attention of the Honourable Minister has been drawn to the attached copy of the letter dated 2nd of March 2020 from the Pro-Chancellor and Chairman of Council to the effect that the 2019 Convocation Ceremonies were not approved by the Governing Council in line with the laws of the University,” the statement read.

“I am to, therefore request that you kindly advise the Vice-Chancellor to suspend the Convocation and ensure full compliance with due process.”

TheCable understands that the council had chosen a former president of Ghana as the convocation lecturer. The invited guest was said to have turned down the invitation after he learnt that the minister was to give the lecture.