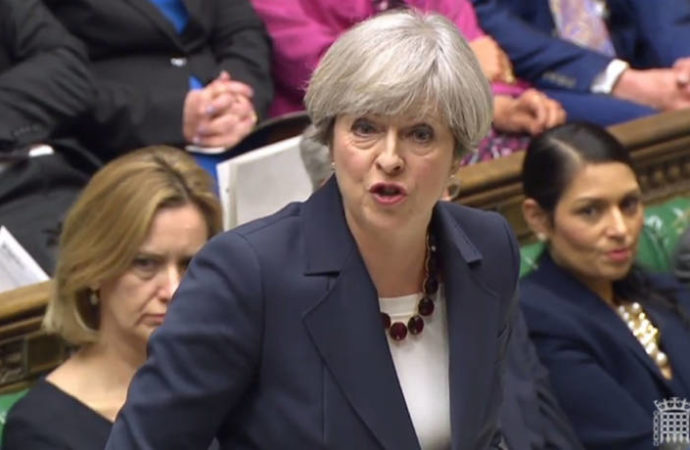 Britain will support South Africa’s land reform programme provided it is carried out legally, Prime Minister Theresa May said in Cape Town on Tuesday, adding that she would discuss the issue with President Cyril Ramaphosa.

“The UK has for some time now supported land reform. Land reform that is legal, that is transparent, that is generated through a democratic process,” May told newsmen.

“It’s an issue that I raised and discussed with President Ramaphosa when he was in London earlier this year.

“I’ll be talking about it with him later today.”

Mr Trump’s comments have inflamed an already high-octane debate over land in South Africa, a country that remains deeply racially divided and unequal nearly a quarter of a century after Nelson Mandela swept to power at the end of apartheid.

“I have asked Secretary of State @SecPompeo to closely study the South Africa land and farm seizures and expropriations and large scale killing of farmers,” Mr Trump said on Twitter.

“South Africa totally rejects this narrow perception which only seeks to divide our nation and reminds us of our colonial past,” a tweet from South Africa’s official government account said in response to Mr Trump’s comments.

“The tweet has not determined our approach to the United States on our current relationship and future relationship,” Nomvula Mokonyane said after a cabinet meeting.
The U.S. State Department was not immediately available for comment on Trump’s tweet.

Mr Ramaphosa announced on August 1 that the ruling African National Congress (ANC) plans to change the constitution to allow the expropriation of land without compensation, as whites still own most of South Africa’s land.

Mr Ramaphosa has said any land reform will be conducted without an impact on economic growth or food security.

No land has been “seized” since the reform plans were announced, the ANC says.

Mr Trump’s tweet appeared to be a response to a Fox News report on Wednesday that focused on South Africa’s land issue and murders of white farmers.

Violent crime is a serious problem across South Africa and 47 farmers were killed in 2017, according to statistics from AgriSA, an association of agricultural associations.

However, farm murders are at a 20-year low.

Since the end of apartheid in 1994, the ANC has followed a “willing-seller, willing-buyer” model under which the government buys white-owned farms for redistribution to blacks.

Progress has been slow and most South Africans believe something has to be done to accelerate change, providing it does not hurt the economy or stoke unrest.

“That there will be instability and worries about property rights is inevitable, but we don’t expect that the government will act in a way that radically destabilises investor security.”

Mr Trump’s tweet came days after it was announced that his wife, Melania, would travel to Africa in October for her first major solo international trip as first lady.

In January, South Africa protested to the U.S. Embassy in Pretoria about reported remarks by Mr Trump that some immigrants from Africa and Haiti came from “shithole” countries.

South Africa’s foreign ministry called the remarks, which sources said Trump made during a meeting on immigration legislation, “crude and offensive” and said Trump’s subsequent denial was not categorical.

AfriForum, an organisation that mostly represents white South Africans who have described land expropriation as “catastrophic”, travelled to the U.S. earlier this year to lobby the Senate and other officials.

My passion Has Been To make Landscape...