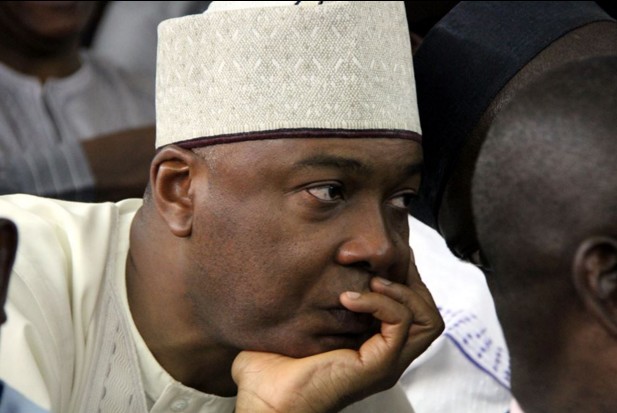 Senate President Bukola Saraki has been named among more than 120 politicians and leaders in nearly 50 countries who have reportedly been utilising shell companies in tax havens to either conceal assets, evade tax, or launder funds.

This comes 18 months after a similar investigation exposed his ownership of at least three secret offshore firms which he allegedly used in concealing assets abroad.

A member of the the International Consortium of Investigative Journalists (ICIJ), PREMIUM TIMES, said the findings showed that Saraki sits on the board of the offshore entity while he was governor and later member of the senate in violation of Nigeria’s code of conduct law.

But in a statement on Monday afternoon, Sarak said he did not break any law as Tenia, the offshore company, “operated no bank account and had been a dormant entity since creation”.

The politician reportedly set up Tenia Limited in the Cayman Islands — a tax haven in the Caribbean — in 2001 and ran it until at least 2015 as director and sole shareholder.

The report said it is unclear what business he transacted with the entity and what asset he might have used it to conceal.

But Saraki failed to list the firm in his assets declaration filings when he was elected governor of Kwara in 2003, in defiance of the Code of Conduct Bureau and Tribunal Act.

He also did not list the company when he was reelected governor in 2007 and when he was elected senator in 2011.

The leaked 1.4 terabyte data, now dubbed “Paradise Papers”, contains 13.4 million records and is no doubt one of the biggest leaks in history.

“I Broke No Law” – Saraki Insists After Being Named In ‘Tax Haven’ Fraud was last modified: November 7th, 2017 by Damilare Salami