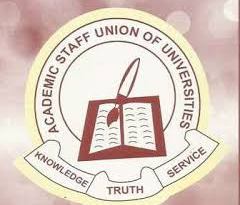 President Muhammadu Buhari on Thursday met with the leadership of the Academic Staff Union of Universities, ASUU.

The meeting was held behind closed-doors at the Presidential Villa in Abuja.

Disclosing this in a tweet, Buhari’s Special Assistant on New Media, Tolu Ogunlesi wrote: “ASUU meeting with the President this afternoon. Ministers of Education and Finance in attendance. #AsoVillaToday.”

The Minister of Education, Adamu Adamu and his Finance counterpart, Zainab Ahmed were also part of the dignitaries in the meeting.

The meeting is believed to be centered around the Integrated Payroll and Personnel Information (IPPIS), which ASUU is against.

The federal government has made several efforts to make ASUU members see reasons they should embrace IPPIS.

The leadership of the union is, however, insistent on staying off it.

The union had alternatively developed a solution called University Transparency and Accountability Solution (UTAS), which it claims is equivalent to IPPIS, but the federal government is insisting on IPPIS.