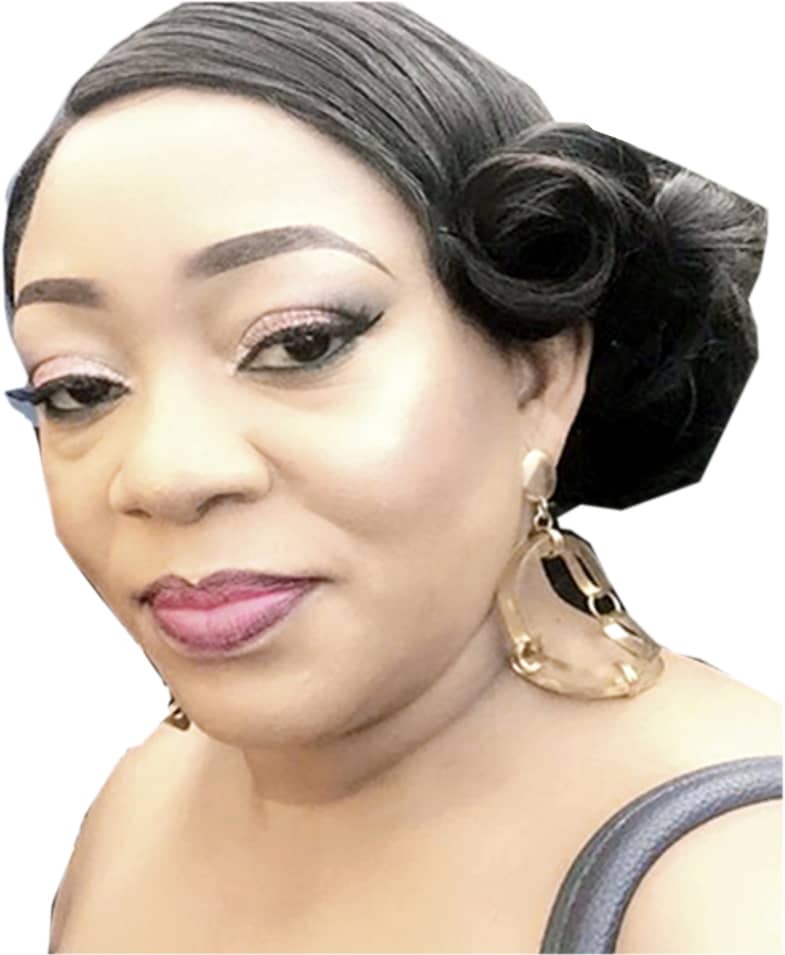 Builder Modupe Ogunbanjo is one of the big players in the Real Estate sector. By training, she is a professional builder. Recently, she became the CEO of a real estate company and she has been very active in that industry.

She was recently our guest on City People TV Instagram Live Chat with Publisher SEYE KEHINDE, during which she revealed a lot about her career and how we can stop building collapse in Lagos.

Let’s talk about your new job. What have you been up to now?

Well, I’m into real estate now I’ve always been into it. But now is like majorly real estate, facility management, construction and buildability maintainability analysis of structures. So we have a project coming up at the Lekki-Ajah axis where you have the Ogombo. We are coming up with a fantastic idea. something new to the area or bringing affordable housing, modern structures, highly mechanized structures, something beautiful, automated building that would be world-class that’s what you are actually working on now and it’s done by the BWC real estate as you can see so that is the new project we have on ground.

How has the Covid 19 pandemic affected the real estate sector and what has been the response of you and other members of your sector to it?

More so, this has led to some litigations like where you have clients who don’t have that basic understanding and are working according to the time already stipulated but due to all these constraints now the project is yet to be completed. So the clients would have to pay more money to get the project completed. Where you have clients that refuse to cooperate, we start having litigation issues. That has been the major issue we are currently facing. Also like I said due to the guidelines there is a minimum number of labourers you can engage at a time so that has been eat that led to a lot of constraints in terms of trying to get construction materials to the site and has also caused an increase in the cost of materials so basically it has affected the cost of construction.

So what are the lessons we have learnt from the effects of the Covid 19 on the building industry?

We have learnt to apply more technologies in whatever we are doing like we engage the use of drones and also we have been able to come up with new ideas. Prior to this time, we have been having physical contact and physical meetings but now we are gone virtual unlike before where the construction experts have to come together to meet. So we’ve applied more of the beam technology where you have a synergy between all the Professionals on that Project. So when you send a drawing, I take a look at it, comment on it and send it back. Each level of the project is being monitored through that platform so it’s no longer business as usual. There is now less human contact and there’s more technology employed in production.

People are talking about the New Normal, how do you think this would play out in the building sector?

Well like I said the other time, it is a force of nature no one planned for it no one was prepared for it; it just came to ask suddenly. One thing that is constant with a human being is adaptability and at the same time, change is constant. So we’ve learnt to live with it, it is not convenient, it is weird but it’s something we have to be disciplined about. it is important that we follow the necessary guidelines and learn to live that way pending when things change or when there is a vaccine or medication that when used it will help. So for now, there is nothing we can do but to adapt which is part of the qualities as human beings, we have to do we have no choice we have to stay healthy.

What is your position on housing deficit? We have been talking about it for years. How do you think we can best address that issue?

Like I would say, we need the support of the government. The private developers have been doing a fantastic job but then there would have been little or no development. They have come with beautiful ideas, innovation, affordable homes with as little as 15million you can get a nice apartment. The government has made attempts too but they should try more to emphasize on how it would get to those who need this housing. Many see it as a failed project over time but I feel it’s because it’s not getting to those who really need the project because it’s probably being hijacked. They should monitor it and ensure that it gets to those who need it. The government need to put a level of control over pricing so that way it would be a success.

People talk about affordable housing and low-cost housing. Which one is more appropriate for a society like ours?

I would say affordable housing because what we call low cost is not actually low cost. Assuming we have an environment where it is affordable in the sense of what low-cost should be, oftentimes low-cost should be free to the people it is just a structure that can accommodate a basic family and give them the basic things they need to give them a comfortable shelter but it is not the case in our country. So I would say affordable housing is appropriate for our Society as far as I’m concerned there is nothing like low-cost housing in Nigeria because an average man who feeds on what he labours for daily how many years will it take you to save up for this low-cost housing so for me what we’re on here is affordable housing where you save up and struggle and one day you will get it.

What was the attraction back then when you went to study building because it wasn’t quite popular back then?

Initially, when I got to university, I wanted to be a petroleum engineer. Obafemi Awolowo University where I graduated was my second choice but as event turned the issue with JAMB I didn’t get the cut off for my admission for the petroleum engineering I wanted but by the time I went to Ife, I was given chemical engineering but along the line, I wasn’t too happy about it so I delayed a bit so by the time I got there the slots were gone. But a professor who was a Builder, Prof. Adesanya, then said to me why are you looking in this direction alone then he educated me on building construction. He asked me some questions and he said that I might actually do well here because I look like someone that I was interested in building the environment, give this a try and so he encouraged me to choose building. in my first year, I wasn’t exactly interested in the course but by the time I got to my second year and my third year when I went for my industrial training, I couldn’t have asked for a better course I realise that they’re potentials in the construction industry so I started to see the areas where the government and citizens should look into to ensure that things got better in the construction industry. So it became more and more interesting. Ever since then I never look back and it has been one step at a time. It has been a beautiful experience so far and I have no regret I always encourage others to never go there with the idea that you cannot do it in mind because it looks funny initially. We are not used to it here and just like you said people don’t really know much about building I was one of those who knew nothing about building for me all I wanted to do back there was civil engineering petroleum engineering and maybe chemical engineering the building has always been silent but overtime is becoming more and more popular because people are now getting to see where we have missed it and the essence of having registered builders. so it’s a fantastic one and I’m very glad and happy that I took that decision with no regret and I couldn’t have asked for anything better.