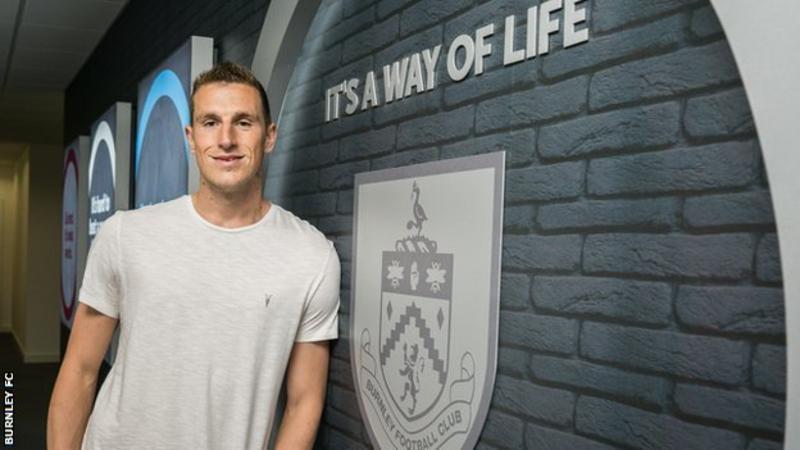 Burnley have signed striker Chris Wood from Leeds United for a club record transfer fee, thought to be about £15m.

The 25-year-old scored 44 goals in 88 appearances after joining the Championship side from Leicester City in July 2015.

The New Zealand international ruled himself out of Leeds’ match against Sunderland on Saturday amid speculation about his future.

Wood, who is Sean Dyche’s sixth summer signing, joins on a four-year deal.

He has found the net once in three appearances for Leeds this season but said he is now relishing his chance in the Premier League.

“I’ve had tastes of being in there but I’ve never had the chance to give it a proper bash,” said the former West Brom youngster. “Coming here I feel I’ve got a proper opportunity to do that. I’ve never started a Premier League game and this is what I want to do.

“This is a club that wants to stay in the Premier League for years to come and it’s going that way.”

Wood is eligible to play for Burnley in the EFL Cup after being an unused substitute in Leeds’ opening-round win over Port Vale and will be available for Wednesday’s second-round derby at Blackburn.

How My Late Father Made Me Like Photography – Minister, BABATUNDE FASHOLA