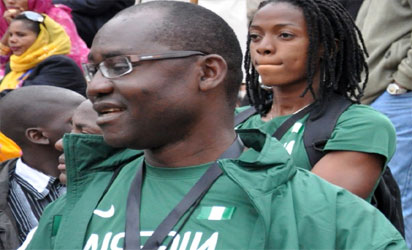 Confederation of African Athletics (CAA) has selected Omatseye Nesiama, a former Technical Director of the Athletics Federation of Nigeria (AFN), as one of the CAA International Technical Officials (ITOs).
Nesiama will serve on the CAA ITOs panel from 2018 to 2021, according to a letter signed by the CAA Chief Executive Officer, Hamad Kalkaba-Malboum.
The retired military officer, while reacting to his selection, told newsmen in Lagos on Friday that it was a great honour to be part of the panel.
“I am happy that my decision to take time to improve myself professionally, to break into frontiers Nigerians have hardly ventured into, has paid off.
“I feel honoured that my modest effort in the area of technical officiating and competition management is recognised, even after I have left as AFN Technical Director.
“I’m the first Nigerian to pass the pre-requisite examinations to get IAAF licence as Athlete Representative in one attempt, and I also passed the IAAF examination with distinction to qualify as an ITO.
“I stand to be corrected, but I think I am the second Nigerian in history who has been appointed into the panel, after Prof. Ogunjimi.
“By this, I will have the opportunity to bring my experience to bear on the organisation of competitions and mentoring of officials for enhanced performance, both in Nigeria and Africa,” he said.
Nesiama became AFN’s Technical Director in 2012, succeeding Sunday Bada who died in December 2011.
Nesiama retired from the Nigerian Navy earlier this year, after 32-years of service.