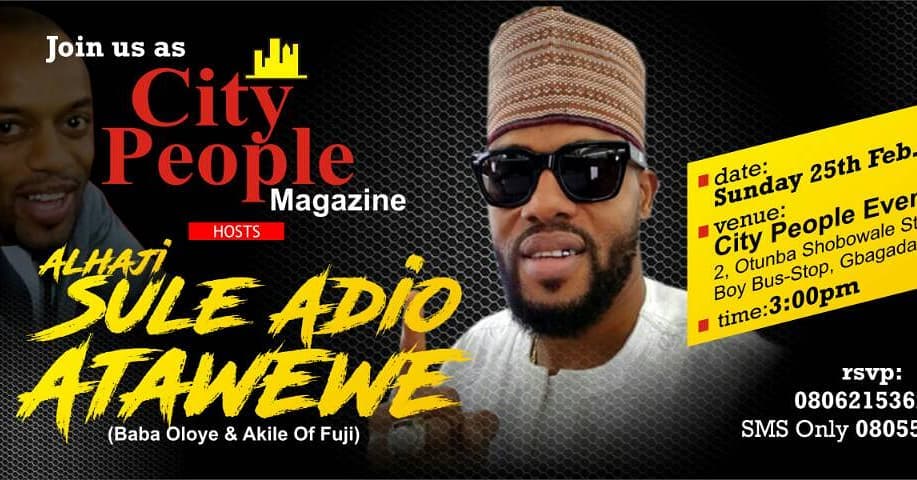 It’s happening live at the City People Event Center as the Akile of Fuji is being celebrated by staff, management, and fans.  Atawewe, as he is popularly known has paid his dues in the industry, has released no fewer than 14 albums.

For the benefit of those who don’t know, Sulaimon Adio Oladele Oyeneye otherwise Known as Atawewe was born in the early 70s to the family of Late Pa Abdulrazaq Afolabi Alabi Oyeneye and Madam Afusat Ajike.
Pa Afolabi is from Kemta in Abeokuta, Ogun State while Madam Afusat is from Ikorodu in Lagos State.
Atawewe was born in Idi-Oro, Mushin where he spent his early life but started his music career in Ikorodu at a very tender age. 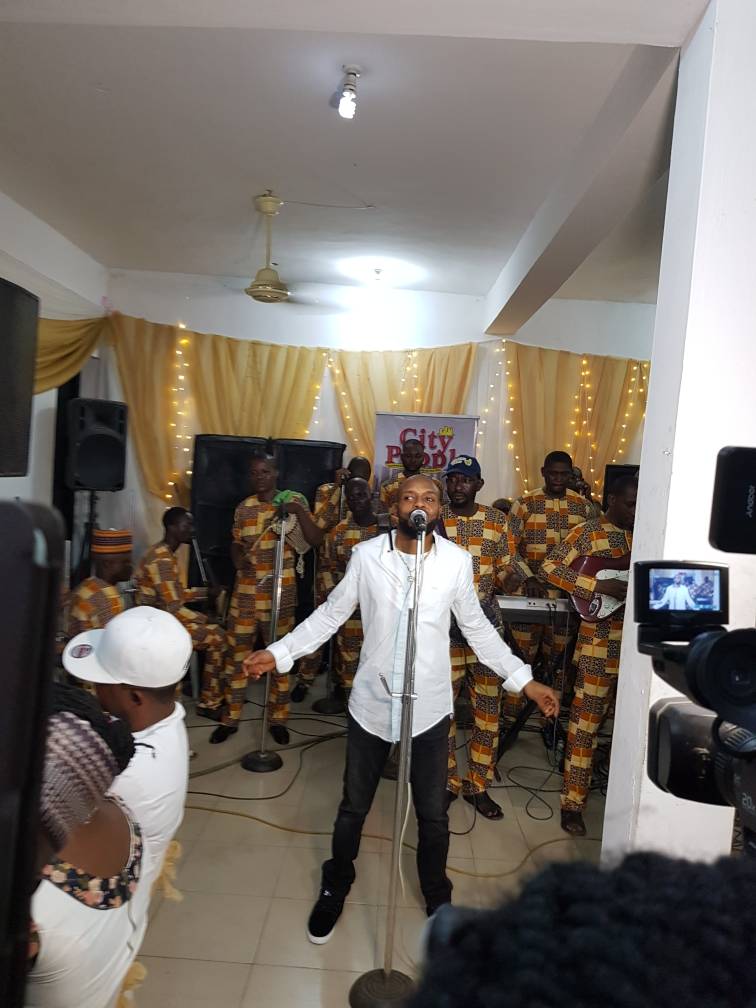 Atawewe left Ikorodu for Ketu to seek greener pastures, after a While he went back to Mushin again.
In a short while, he moved to Lagos Island where his music career blossomed.
Atawewe started his music career at age 5 but he became a professional in 1983.

To date, Sulaiman Radio Atawewe has released about 14 Albums.
A widely traveled Fuji artist, Atawewe has bagged over 70 different awards in Nigeria and abroad.
Known as ” Etu ” ( Kingmaker ) in Fuji circle. Ambassador Sulaimon Adio Atawewe is happily married to Nofisat Abolore in the Islamic way, a native of Ijebu- Ode, Ogun State, and the marriage is blessed with Children’s.
He remains one of the top Fuji stars in Nigeria… 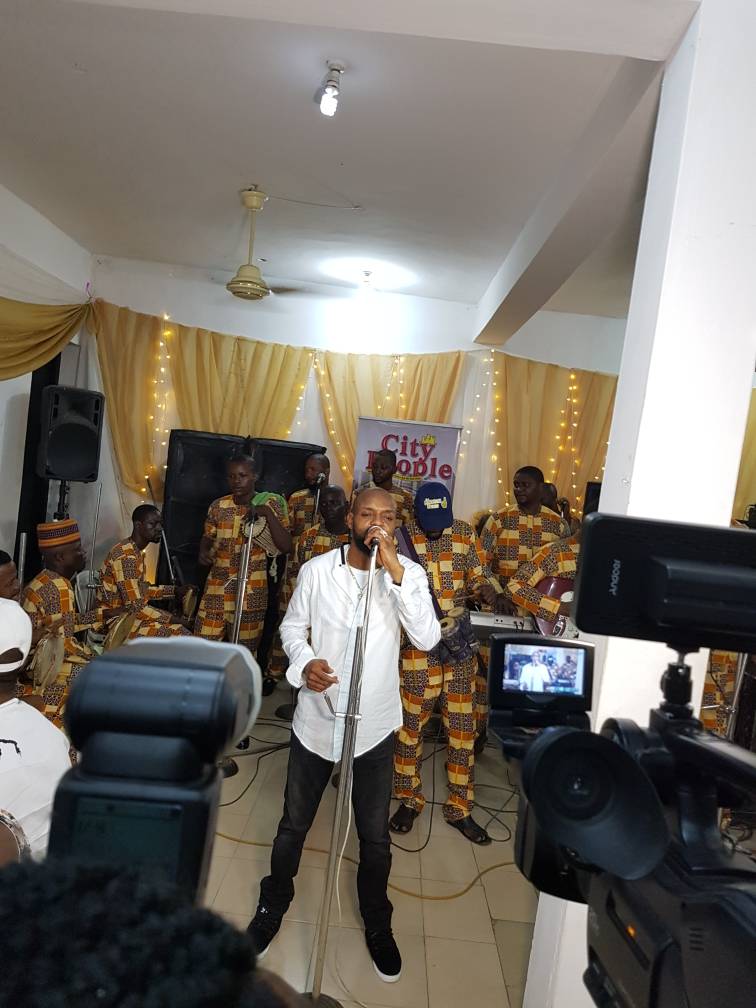