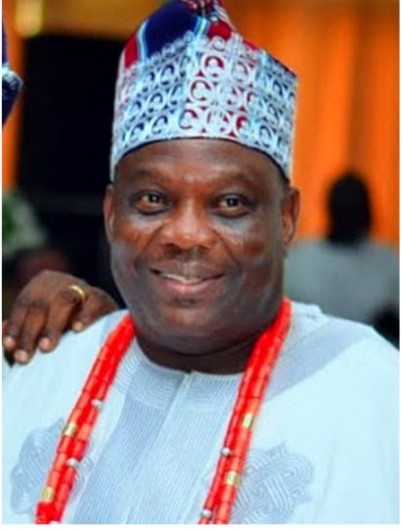 Chief Afolabi Sodunke popularly called Afo Guarantor was honoured a few days back by City People Magazine in Abeokuta for his entrepreneurship spirit. He is a big Construction giant. It was at the 1st City People Ogun Entrepreneurs’ Award. He also celebrated his 63rd birthday a few days back.

For those who don’t know Afo Guarantor well, let’s tell you a little about this big time socialite who is a great dresser. He has redefined what it means to be a socialite. He is a man of class. He is a man of Style. And he carries himself well.

When he enters any owambe party he usually enters in a big way. He usually does not party alone. He attends parties with his group of friends who are all successful men of timber and calibre.

They are usually about 10. What stands Afo Guarantor out is that when he comes to your party he comes loaded with his cooler of exotic drinks like Champagne and wine. He also comes with food, just in case adequate arrangements have not been made by his host.

That is why everybody likes Afo to be at their party. He is an asset to any party. lf he likes you he will follow you to anywhere to honour you.

He is a great fan of Chief Commander Ebenezer Obey. That is the only music he listens too. Not that he does not like other artistes. He does. But Obey is his No1 musician. Perhaps it’s the Egba factor that explains this.

Both of them are great Egba men. Obey too likes Afooooo. He has waxed several songs in his honour.

What is unique about his dressing is his caps, agbada and accessories. He has great taste. He wears well-embroidered caps done the typical Yoruba way. And his Agbada is always full and rich.

His agbada is always richly embellished with lovely designs. His accessories are Top notch. His shoes are of course from top designers.

But Afo Guarantor is not only about parties. He is a successful businessman who has drawn a great line between serious work and socials. He works hard and he plays hard.

He is into Construction. He is a Construction giant who owns a thriving construction outfit he co-runs with the Balogun of Egbaland. They are both big-time contractors.

The big news is that the Alake of Egbaland has offered him a big chieftaincy title. The lwuye will be done later this year. He is a chief in Itoriland. He is the Oluaye of Itoriland.

He told City People a little about his life.  “I was born on the 2nd day of June 1956 at Iporo Ake Abeokuta, to the family of Chief Julius Oladipo Sodunke (Ntoye of Ijemo and Alhaja Nusirat Adunnin Morin of Morin’s Compound, Ago-Oko in Abeokuta.

“I started my Primary Education at the Prestigious Children House School, Quarry Road, Ibara, Abeokuta between 1964-1969, then went to Premier Grammar School, Abeokuta for my Secondary Education between December 1970 to June 1974”.

“I proceeded to Kaduna State Polytechnic in 1976 for the National Diploma in Accounting. I also have Professional Certificate in Accounting.”

“My working experience started as an article Clerk with Dele Dina and Co., a Chartered Accounting Firm in 1976, owned by the father of late Dipo Dina.”

“I was transferred to Kaduna in 1977 to head the Northern Office as an Auditor (Auditing for Nigeria Railway, Nigeria Airways, Chad Basin Authority, Federal Housing Authority and Bacita Sugar Company.”

“Due to much pressure from my mum who compelled me to move to the South, I came to Lagos and got employed at Mobal/Jimsol Nigeria Limited, Lagos worked for a year as their Internal Auditor.”

“In 1979, I joined “All Transports Group” as an Internal Auditor in Lagos and was seconded to Abeokuta when Federal Cork and Seal was established, as Operation Manager to construct their new factory.”

“After the completion of the factory, I was made the Marketing Manager Federated Cork/Seal Nigeria Limited.”

“In 1981, Ranti International was founded by “All Transports Group”, to market for sales of Mobile Water treatment plant and I was made the General Manager.”

“I am a member of Abeokuta Sports Club • Royalty Boys of Egbaland • Egba Inner Society.  I am happily married to my beautiful, supportive and prayerful wife, Abiola Olasumbo Sodunke (nee Olukotun). Today God has blessed us with lovely children are grandchildren.