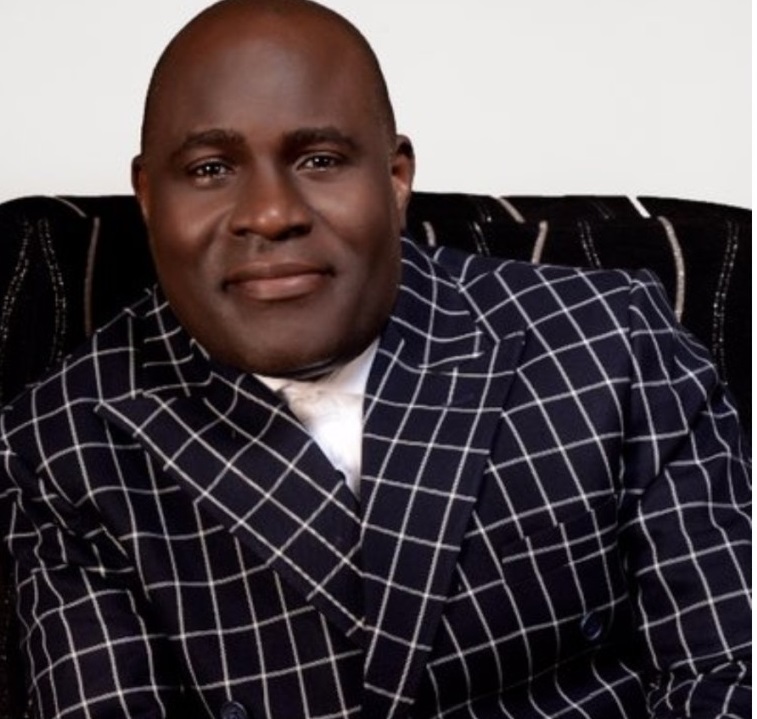 On Wednesday 28th August 2019, City People Magazine Publisher, SEYE KEHINDE & Senior Editor, SUNDAY ADIGUN visited Prophet Niyi Olowoporoku at one of the outlets of his church, situated at the Ojodu Berger area of Lagos, just before he took the stage to conduct the mid-week service.

He is a simple man by nature and he looked simple in his French suit. It was a courtesy call meant for us to meet with him and to present him with copies of City People. He warmly received us and told us how over the last 33 years hehas been preaching the word of God all over the South West from his Lagos base. “I have been based in Lagos for about 33 years” he explained,  “and it is from here I travel to major Yoruba speaking cities for crusades all around the South West. I am an Evangelist, so I  don’t stay in one place. I move round to evangelize”.

“That is why you see me at many crusades and revivals. For me, it’s about winning souls”.

When City People visited him, we discovered that at their Ojodu Centre they usually hold revival services every Wednesday and Wednesday is his counseling days with the worshippers of this branch. And believe it or not, he sat quietly in his office attending to the long queue of people who came to consult him. And he took his time counseling them, one by one. He was very patient and at the end of the session which went on for hours, he felt fulfilled that he had touched lives.

From there he went to conduct the service downstairs. It was with ease that this respected man of God ministered to the huge crowd of worshippers.

Lets tell you more about him. He is one of the end time Prophets God has raised to liberate many souls from bondage. He is a man of prayer, a lover of Christ and one of the most respected General Overseers God is using right now in the school of prayer and revival.

Prophet Peter Adeniyi Olowoporoku is the General Overseer of Love of Christ Chapel International Ministries situated at Plot CL2 Ikosi Road, opposite Access Bank, by Daystar Christian Centre, Oregun  Lagos, Nigeria. Apart from been the General Overseer of the popular church, he’s also a Convener of God of Mercy Outreach. He is an Author &a Revivalist.

Prophet Peter Olowoporoku has carved a niche for himself as a committed vessel of God, a teacher of the word of God, a crusader and a prayer virtuoso. Hardly will you see or hear of any major crusade in the southwest, especially in Lagos that you won’t see his picture as one of the invited ministers of God

Prophet Olowoporoku is an embodiment of God’s favor. He is a product of Grace. When he preaches or lead prayers people experience the manifestation of God. When he sings, he sings in the power of Holy Ghost. He is the author of many powerful books. Most of his books are Jumia.com. There have been tremendous testimonies recorded at every of the church services. Their church online web streaming is one of the tops on Facebook and on Youtube with lots of subscribers who don’t miss any of his broadcasts, especially the Mercy rain programme he started 4 years ago by the leading of the Holy Ghost. According to him, “I am so privileged and blessed. I always run a national 40-day programme tagged Mercy rain. I usually wait on the Lord for 40 days. Then four years ago, we normally use a big hall at LTV for the 40-day programme. It was in that meeting that I was attacked. I was taken to many hospitals and it was like a death sentence for me but God said no. He stood up and raised men for me. So God raised men for me in the place of prayers. They prayed for me and God healed me. I was about to be flown out of the country for treatment but God healed me here.”

Having been born to the family of late Elder Titus Adereti Olowoporoku, a royal family in Ita Otutu and the late Mrs Modupeore Olowoporoku of Ilode Town, both in Ile Ife,Osun State, Prophet Peter Adeniyi Olowoporoku left his father and mother for Jesus and since then, he has been serving in the vineyard of the Lord, though he had a very rough childhood days.

He was known as a very stubborn child when he was young, “I caused them pain so much that they renounced me and told me I was from the devil. Even though I was less than 17, I became a negative picture of humanity by painting the entire Ibadan town where I grew up red.

When I gave my life to Christ 30 years ago, I went round the neighbourhood begging for forgiveness from all and since I got arrested by God; my life has never been the same. God has given me a new value-added life,” he said.

Prophet Adeniyi Olowoporoku was destined to become an “Oracle” of God. Through thorny, slippery and tortuous roads, he persevered and he kept faith. He refused to be deterred and as early as when he was 19 years old, he knew where he was headed to even in spite of the challenges and banana peels on the way. He picked up the gauntlet and fought on relentlessly. Today, he is a leading Minister in the Temple of God. He had a vision and he has remained unrepentant and focused on its pursuit, like every other prominent men of God, at least 80%, who their journey into the ministry normally comes with different dramas.

Many of them don’t easily concede to that fate of being a Preacher for the rest of their life. Having listened to some of their testimonies, we have found out that some of them were top CEOs of many establishments, while some have very lucrative jobs before God called them into full time ministry. Prophet Peter Adeniyi Olowoporoku got into ministry at the age of 19 to 20 as a full time Minister, after he left African Alliance Insurance Company in Ibadan.

“At 18, I was already working as an insurance man but God told me “you’re my servant. You’re a bearer of my vessel. So I came into the ministry at 20 and since then I’ve been in full time working for the Lord from continent to continent and God has been faithful”.

Speaking on the many challenges that come with having been a Pastor at a tender age, also considering where he was coming from, it wasn’t a bed of roses for him. Prophet Peter Adeniyi Olowoporoku was hurt until he met with the General Overseer of The Redeemed Christian Church of God, Pastor E.A Adeboye 26 years ago. In his words, “Actually, there’s a book to that effect titled Mandate of Mercy. I met Daddy Adeboye 26 years ago at the national headquarters Ebute-Meta. I went to him because I was confused, disjointed and embarrassed when I left my former ministry.

I was terribly hurt. As a young man, I went to Daddy Adeboye to explain my predicament to him but he said I shouldn’t talk about the man but focus on myself. He said of a truth, he doesn’t want to hear about my story because he didn’t even know the man so he wasn’t ready to hear anything about anybody he didn’t know. He said I should face my life.

He said that God who didn’t allow me to die there or allow him to kill me has a purpose for me. And since that day, I forgot about him and focused on my God. That was 26 years ago. And he prayed for me in his office at Ebute-Meta. As I was about to leave his office, I heard a voice from God saying “Purity is Power. If you want to carry my power you must be pure, and live a holy life.”

And I said ‘Lord, I am ready.’ That was the beginning of a journey that is beyond me.The kind of favour I have experienced in my years in ministry can only be God. It can only be the hands of God. And if God tells me that I have finished my work on earth today, I’ll celebrate Him forever”.

Love of Christ Chapel International is one of the end-time churches of Christ with a unique voice, under the mandate and in divine partnership with the God of Mercy to effect restoration of hope to the hopeless and to raise a unique generation that fulfills their God’s ordained potentials and destinies in life and ministry with ultimate goal to make heaven, to stop all activities and operations of Satan in the lives of as many people as possible: releasing them to fulfill their destinies in God.

It is also out to raise a generation of Spiritual worshipers of God that worship Him with a lifestyle that is pleasing & committed to him and to be a role model for Christians in all walks with and works for God.