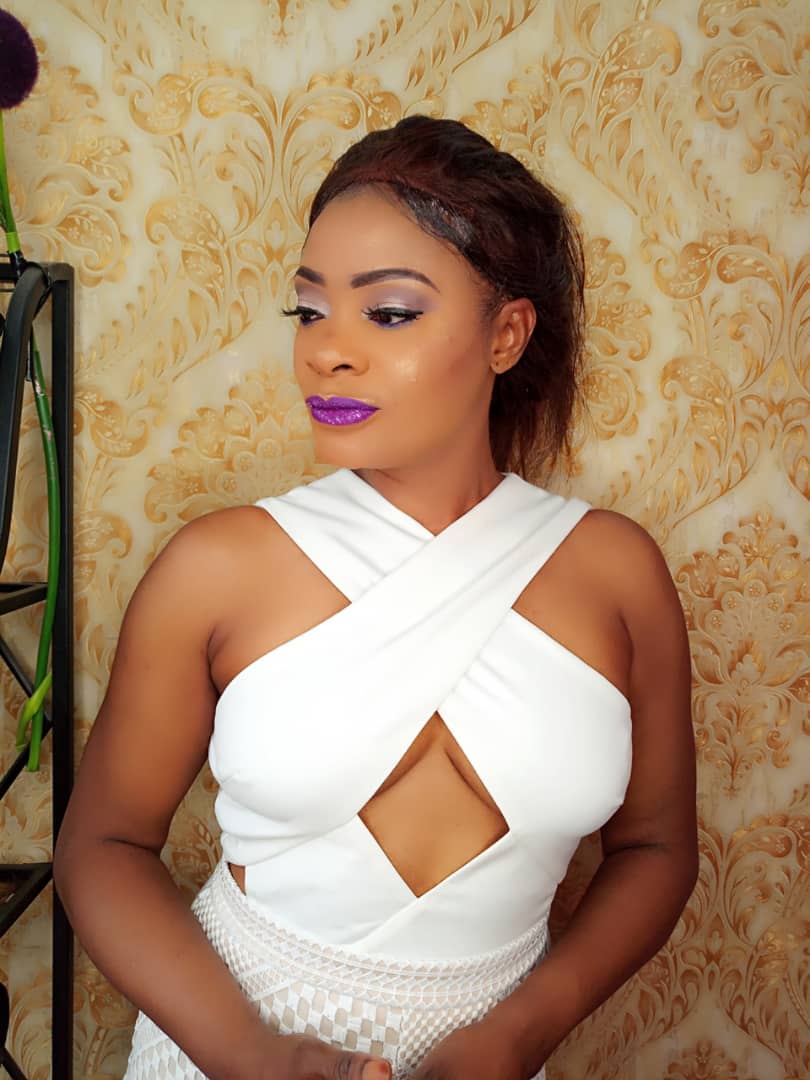 This is the intimate story of Layo Awolo,a beautiful Nollywood UK actor & producer.She has featured in over 25 movies both in UK & Nigeria.
A few days back Citypeople got her to talk about her success story and how acting started for her.
“When I was about 6years old, I used to represent my school in debate, drama & TV programmes. From there, I developed interest in acting.
My 1st TV series was with Theoseg productions which I played major role called Twilight, along side, Rita Nzelu and late Mr West (RIP).

Then I relocated to the UK where I studied Law, and I am working as tenancy management officer, but continued my acting career on the side.
I played major character in uwadi production in a movie called “My journey so far” where I co -produced and starred with Micheal Okon, which brought me to lime light.
He has been acting now for how long?
“For over 18 years”he says.

How challenging has it been sustaining her interest in acting abroad?

“There are many different acting challenges, but I wanted to walk through some of those that I have faced everyday as an actor and my day to day job.”

” Each of us are blessed with strengths. Some actors I know can glance at a script a handful of times, and it’s lodged securely in their memory.
For others their vocal warm up consists of a cigarette and drink. But with me I have to read and get into character. I acknowledge my strengths, but to be a great actor, i have to work through my individual challenges.”

“But learning lines is a challenge. And a big one. It can be a huge cause of stress, and if you can’t confidently learn your lines, it can lead to mechanical, disconnected acting.”
“For me the solution is time, and planning. I have never been good at learning lines, but I am good at planning. I set dates when I want to be off book, and I make sure I get there. If you know it takes you 3 weeks to learn”

Who are those actors she rolls with abroad?
“Wow a lot. The list is endless. Nelson Spk, Ruke Amata, Tolu Yesufu, Aunty Bantefa, Sophia, Francis Uwadi, Bimbo Akintola whenever she visits,to name a few.”