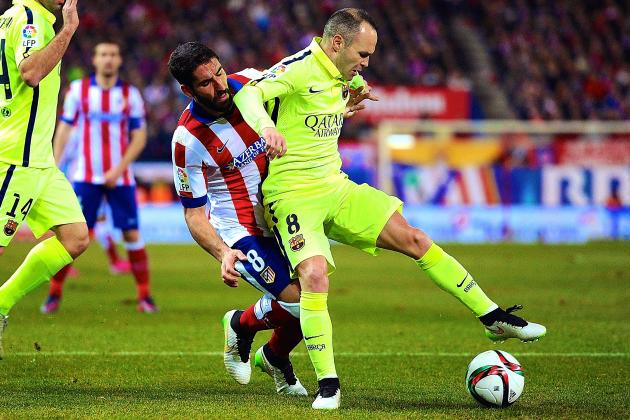 After knocking out Real Sociedad in the quarter-final, the holders will travel to the Vicente Calderon for the first leg on February 1 before the return at Camp Nou a week later.
“We face Atleti again. We know them very very well. It’ll be a very difficult game,” Barca midfielder Sergi Roberto said following the draw.
“The smallest things can make the difference in this kind of game.”
Atletico booked their place in the semi-final by overcoming the challenge of Eibar, beating them 5-2 on aggregate.
Meanwhile, Celta, who knocked out Madrid with a 3-2 aggregate victory, will host Alaves at Balaidos in the first leg.
Eduardo Berizzo’s eighth-placed side defeated UCAM Murcia and Valencia before overcoming Zinedine Zidane’s side in the quarters.