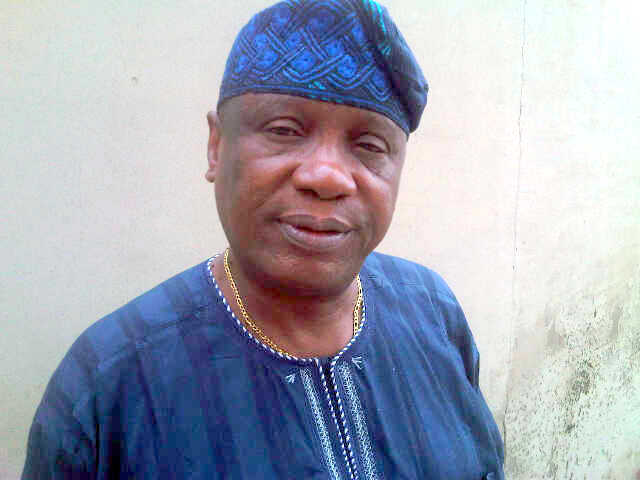 A name that was missing during the ceremonies related to those honoured on the June 12 Presidential 1993 election was Mr Walter C. Carrington.

He was the American Ambassador to Nigeria between August 10 1993 and October 7 1997. Married to a Nigerian, an Edo woman, Arese Ukpoma (60), a medical doctor, Mr. Carrington played a crucial role after the annulment of the presidential election. He was a thorn in the flesh of the government of General Sani Abacha and the reign of terror that attended the annulment. Mr Carrington a black American spoke in bold terms of how the hope of the black man could be manifested if Nigeria could succeed as a great nation. At a time, he was seen as more or less the leader of opposition to the then government and he offered no apologies for his role.

Till he handed over to Mr. William H. Twaddel, he was no doubt a man of courage. It is not unusual for the British High Commissioners and the American ambassadors in Nigeria, to play crucial roles in the destiny of Nigeria. Having served in the Federal Government, I know that the British and American diplomats have somehow, some way defined the directions which this country should take. They have been playing that role and they will continue to play that role no matter what.

In the calculation of her majesty’s government, Nigeria is still a British colony. As for the Americans, Nigeria is a trading partner and an important African country.

On January 16 1966, the British High Commissioner in Nigeria, Sir Francis Cumming-Bruce could have prevented the coup that brought Major General  Johnson Thomas Umanakwe Aguiyi Ironsi(1924-1966) to power. At that time, the British troops deployed to protect the Commonwealth leaders that converged in Lagos to discuss the issue of Zimbabwe, were still around on the high seas.

Sir Bruce was waiting for the then Prime Minister, Sir Abubakar Tafawa Balewa (1912-1966) to contact him for Military assistance so as to quell the insurrection by the Army. Some of the Ministers of Sir  Abubakar Tafawa Balewa notably Dr. K.O, Mbadiwe, Chief Richard Akinjide, Alhaji Maitama Sule, Alhaji Shehu Shagari, Shettima Ali Mongonnu, Alhaji Bukar Dipcharima Alhaji Abdul Razak and others contacted him but he wanted a written note from Sir Balewa himself.

But at that time Sir Tafawa Balewa has been assassinated. Following the medical trip of the non-executive President, Dr. Benjamin Nnamdi Azikiwe (1904-1996) to the Caribbean Island, the highest government official around then was the Senate President, Dr. Abyssinia Akweke Nwafor Orizu (1914-199) from the royal family of Nnewi in Anambra state, who did not make the request. When Balewa’s Ministers approached Sir Cumming-Bruce persistently to do something, he told them there was nothing he could do.

A few months later, that is on July 30, 1966, the same Sir Bruce and the American ambassador to Nigeria, Mr Albert Matthews were at Ikeja cantonment when the Northern troops were debating whether or not the Northern Nigeria should break away.

For three days during that period Nigeria was without a leader and there was apprehension in the country. Before then, the Head of State, General Aguiyi Thomas Ironsi was missing and the most Senior Military Officer, Brigadier Babafemi Olatunde Ogundipe(1924-1971) gave an order to a sergeant in the army and the order was disobeyed. So the Northern soldiers then met at the Ikeja cantonment to decide on the next line of action.

Other Northern officers (including from other locations) filtered in and out after the debate began. The military participants according to Mr. Max Siollun present included Lt-Colonel Murtala Muhammed, Majors Martin Adamu, Theophilus Yakubu Danjuma, Shittu Alao, and Musa Usman, Captain Joe Garba, Leitenant Malami Nassarawa, D.S. Abubakar , Paul Dickson and Lt-Col. Yakubu Gowon. Although Lt-Colonel Gowon knew that Aguiyi-Ironsi was dead, the news was not revealed and the public were simply told that Aguiyi Ironsi was “missing”

Throughout the Civil war, that was the stand of both the British and American governments even when some notable countries including France, Gabon, and Cote de Ivoire recognized Biafra. If Britain and America had acted otherwise I am sure Nigeria would have ceased to exist as a nation. From Independence till today both countries are still prominent in the affairs of Nigeria. That is the bitter truth.

Although the media, highlights the events of what happens in various countries but the cables sent by diplomats to their home countries count more. It is those cables that the home countries rely upon before they take decisions on foreign countries.

It is in the light of these that I welcome the new British High Commissioner to Nigeria, Catriona Wendy Campbell Laing from Zimbabwe whom I understand will resume in November at the peak of our campaign for both the Presidential, National Assembly and Gubernatorial elections. Married to Mr. Clive David Bates, she has worked in United Nation mission in Somalia and also worked in Botswana. She has been British High Commissioner to Zimbabwe since 2014.

I do not know what role she played in the eventual downfall of Mr. Robert Mugabe last November but I understand in Harare that Ms Laing an Economist, is regarded as a “trouble shooter.” And never underrate the power and influence of a diplomat especially the British and American diplomats. Their powers and influence goes beyond what we imagine. Ms Laing is most welcome and I wish her a happy stay in Nigeria.