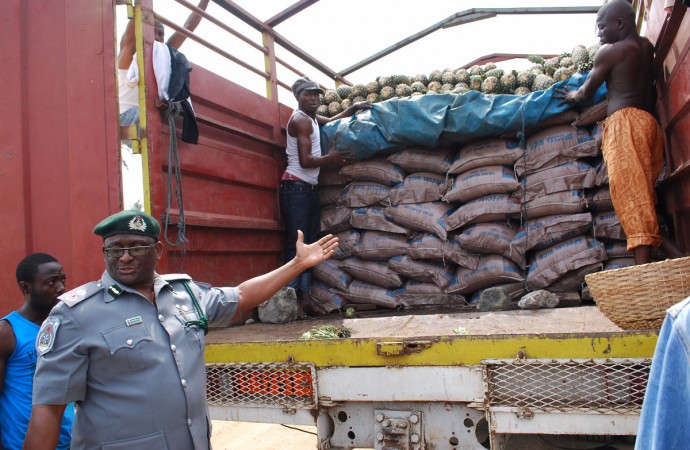 The Federal Operations Unit, Ikeja, of the Nigeria Customs Service has intercepted 102 bags of plastic rice branded “Beat Tomato Rice” with no date of manufacture.

The Customs Area Controller of F.O.U. Comptroller Mohammed Haruna, on Tuesday in Lagos said that the commodity was stored for distribution as Yuletide gifts for the public.

Haruna said that officers of the unit intercepted the plastic rice along Ikeja area on Monday, adding that a suspect was arrested in connection with the seizure.

He said, “Before now, I thought it was a rumour that the plastic rice is all over the country but with this seizure, I have been totally convinced that such rice exists.

“We have done the preliminary analysis on the plastic rice. After boiling, it was sticky and only God knows what would have happened if people consumed it.

“I advise those economic saboteurs who see yuletide season as a peak period for nefarious acts to desist from such illegal business.

“The unit has decided other operational modalities that will make them run for their monies and count their losses.”

He described smuggling as a global phenomenon, adding that such act could not be curbed entirely but could be brought to its barest minimum.

Haruna appreciated well-meaning Nigerians who provided the service with prompt information that led to the discovery of the bags of plastic rice.

The controller, however, advised the media to educate the public on the existence of plastic rice, adding that it was no longer a rumour.

Haruna assured the public that the distribution point of the particular plastic rice seized by the unit had been blocked with immediate effect.

He said that investigation was still ongoing.

The controller said the unit would hand over the plastic rice to the National Agency for Food and Drug Administration and Control for proper investigation.