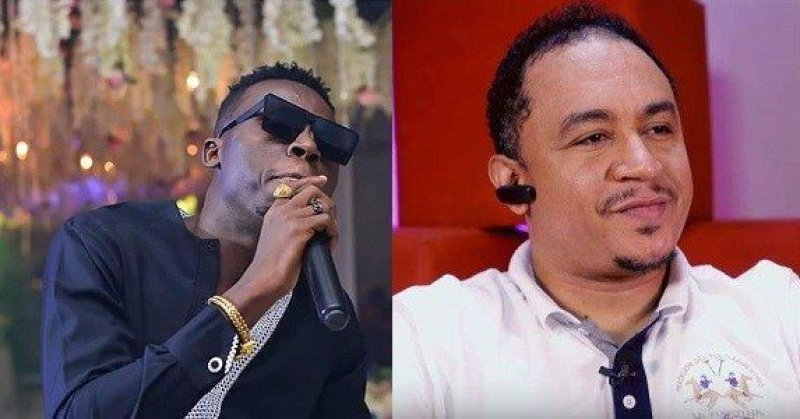 Comedian Akpororo held a comedy gig at his neighborhood in Okokomaiko, Lagos on Saturday evening and the show, according to report was not encouraging as the turn out was very low.
A video reportedly surfaced where the organisers were seen slashing the gate fee, and at some point making the show ‘free’ due to ‘low turn-out’.

Daddy Freeze who once had a fall-out with Akpororo over paying of ‘tithes’ has now reacted to the video.

In his reaction, Freeze said, ‘wasn’t this the same comedian that insulted me and called me a wall gecko at the House of the Rock experience last December? Has his tithe stopped working for him or did he miss paying his tithe for a month?

Although he cursed me and said hurtful things about me, I have forgiven him and have nothing but love for him and wish he stopped paying or advertising this idolatrous tithe and worshiped God for who he really is in spirit and truth
(John 4:24)

Paying tithe is idolatry and harlotry, it’s the worship of demons, the veneration of mammon and the hero worship of Satan who according to 2nd Corinthians 4:4, is the God of this world.

Christ our high priest never collected tithes and neither did the disciples, who were our first bishops and GOs.