Dammy Krane At It Again, Shades Wizkid And Korede Bello 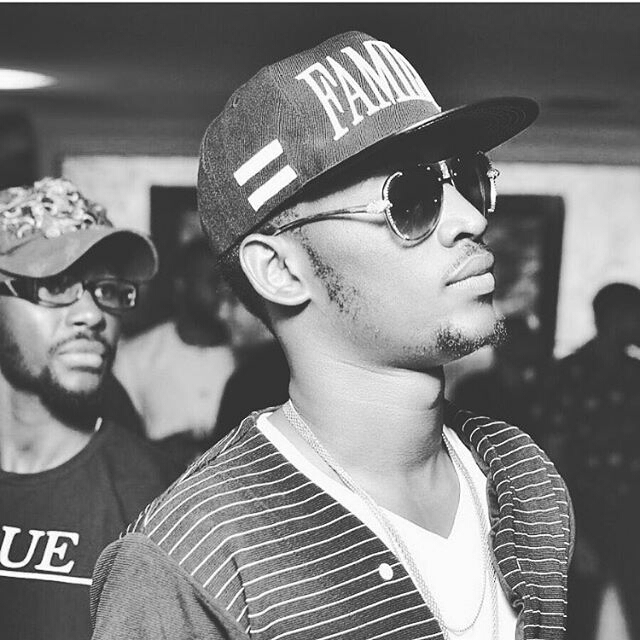 Singer, Dammy Krane is busy searching for crisp attention as he dives into the trending issue involving Shatta Wale of Ghana, and Wizkid.

The Ghanaian Dancehall artiste had earlier claimed that he does not consider Wizkid as a superstar and Dammy Krane seems to agree with him, especially on the point that Wizkid is overrated.

The Amin crooner took to Twitter to throw his weight behind the Ghanaian artiste with a post that read;

“I stand by you my g @shattawalegh Real things we deal with… No Fake Hype!!!”

Dammy Krane’s tweet has since earned him the title of a traitor and Nigerians have begun trolling the controversy-prone singer.

An online user with the handle @Nycewizy mocked the singer by stating that his last hit was way back when he (Dammy Krane) released Amin. @Nycewizy went on to say that Korede Bello has surpassed Dammy Krane, even though the Mavin Records signee was only a teenager when Dammy Krane started his musical journey.

Dammy Krane, however, had the last words which he used in calling Korede Bello his boy and bragging about being “the most talked about this year,” among other things. 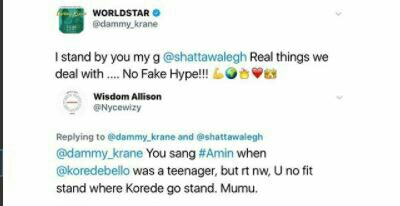 Dammy Krane At It Again, Shades Wizkid And Korede Bello was last modified: November 16th, 2017 by Arinze Ago

PRESIDENT BUHARI HAS PROVEN HE “BELONGS TO EVERYBODY” – APGA MEDIA GROUP

SENATE SETS DATE FOR THE CONSIDERATION OF THE 2018 BUDGET