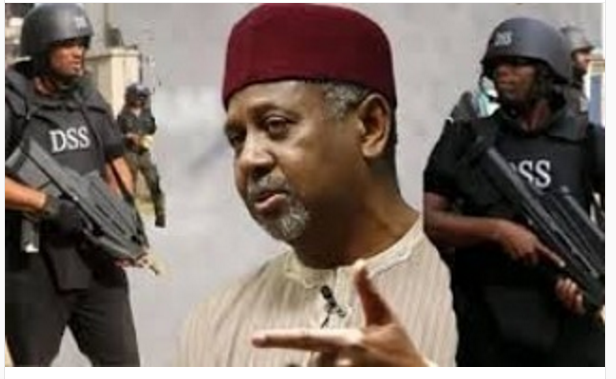 A Federal High Court in Abuja has approved the shielding of witnesses to be used against former National Security Adviser (NSA), Col. Sambo Dasuki.
Justice Ahmed Mohammed overruled defence counsel, Ahmed Raji (SAN) that the prosecution’s application for shielding of its witnesses is not an abuse of court process.
The judge however ordered that the witnesses will not be shielded from the defendant or defence lawyers.
Dasuki was in 2015 charged on unlawful possession of firearms and money laundering.