Davido Producer Kiddominant Brags -Am The Best Producer In The World” 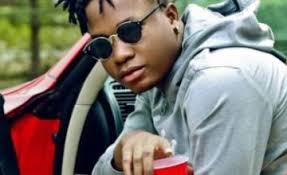 Nigerian music producer, Ayoola Oladapo Agboola, better known as Kiddominant made news during the Soundcity MVP Awards when the award for the Best Producer of the year was given to his colleague, Young John.

This prompted the producer, who has done for the likes of Davido, to forget his home training as he slammed the organizers of the show cause he felt he deserved the award due to the many hits he produced last year

According to the hot producer he said,

My apology to Soundcity was sincere because I felt and still feel remorseful about how I reacted to losing the award.

Honestly, those who are close to me will tell you that I’m not a troublesome person.

However, we all make mistakes and it’s only right we apologize when we realise our wrongdoings. I believe that organizers of awards are doing a great job.

Last year was amazing for me as an African music producer. I was signed to Sony/ATV USA, and I produced a beat for one of the biggest Jamaican artistes of the moment, Popcaan, who is signed to Drake’s record label. I also produced two of the biggest songs in Africa –Davido’s Fall and Mayorkun’s Mama.

Don’t forget that I also produced Mayorkun’s Che Che towards the end of the year. I’m really grateful to God. What makes me different from any other producer is my idea of sound composition and mindset as a person. I actually think I’m the best producer in the world.

Davido Producer Kiddominant Brags -Am The Best Producer In The World” was last modified: February 19th, 2018 by Igbokwe John