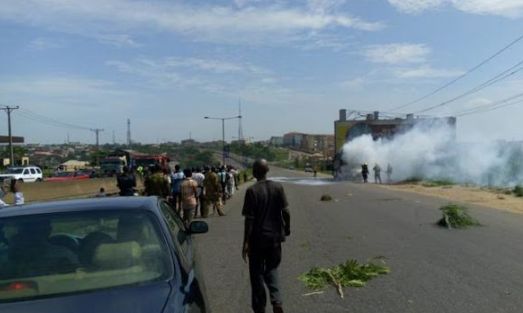 About 100 Deeper Life Bible Church members have escaped death when the LAGBUS conveying them from camp to Lagos burst into flames.

The chattered LAGUS, conveying worshippers coming from the National Deeper Life Retreat on Sunday, caught fire on Otedola Bridge, Berger area of Lagos.
The bus took off from the Deeper Life Conference Centre, Km 42, Lagos-Ibadan Expressway after the end of the four-day retreat.
On Otedola bridge, the bus carrying at least a 100 worshippers was said to have burst into flames as people scamper to safety before the inferno could consume them.

Officials of Lagos Fire Services and Lagos State Emergency Management Agency, arrived the scene on time to rescue worshippers before the LAGBUS was consumed.

According to an eyewitness, several worshippers abandoned their loads and escaped to avoid being burnt in the inferno, saying that there was frantic scampering for safety by the passengers.
Photos…… 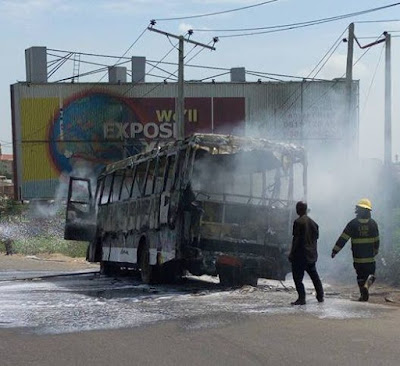 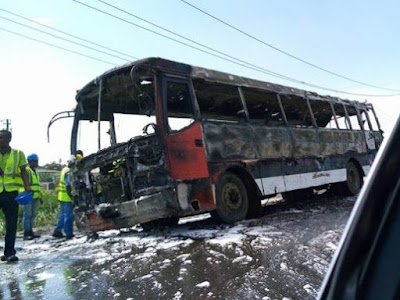 Deeper Life Members Escape Death As Fire Razes The Bus Conveying Them From An Easter Retreat was last modified: April 18th, 2017 by Arinze Ago

Lagos govt to execute Rev’d King, others on death row