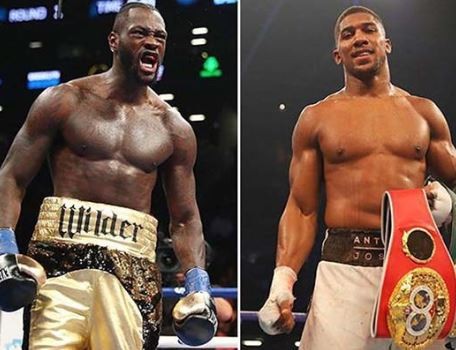 American boxer, Deontay Wilder described Anthony Joshua as a “coward” on live television when he appeared on Good Morning Britain alongside Tyson Fury to promote his December 1st fight.

He was asked about the possibility of meeting British heavyweight Joshua in the ring, Wilder, the WBC king said he believes the Joshua’s camp do not really want the fight.

“Hey Joshua, me and Fury are about to get this thing going on, baby. We’re about to see who the biggest and the baddest in the world, one champion, one face, one name, something you were too much of a coward to do in your own country. You were a coward and you know this, your whole team know this. You said different things over and over. You manipulate, you’re compulsive liars. The audience put their hard-earned money into this, this is an emotional sport. Enough is enough. Joshua had a career plan and Deontay Wilder wasn’t in it from the start” he said.