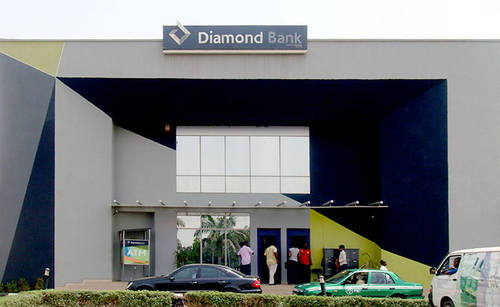 Diamond Bank ex-staff, Mr. Carlos Okeke is in hot soup. The Economic and Financial Crimes Commission (EFCC) on Monday June 19, 2017, arraigned him before Justice Ike Ogu of the Anambra State High Court, Onitsha on a four-count charge bordering on obtaining by false pretense, an offense contrary to Section 385 of the Criminal Code Law, Cap 36, Anambra State and Punishable under Section 386 of the same Law.

When the charge was read to the accused person, he pleaded not guilty. In view of his plea, the prosecuting counsel Rotimi Ajobiewe immediately prayed the court to remand the accused in prison and fix a date for trial.

But the defense counsel, F. A. Okeke quickly informed the court that the defence had filed a motion for bail since May 17, 2017, and then prayed the court to grant the accused person bail on the grounds that the offence was bailable and that the accused had been on administrative bail.

Justice Ogu granted the accused bail in the sum of N1,000,000 and one surety in like sum who must be resident in Anambra State.

But before adjourning to September 22, October 11 and November 2, 2017, for trial, Justice Ogu ordered that the accused be remanded in prison custody pending when he perfects his bail condition.

One of the charge against the accused reads: “That you Carlos Okeke sometime in 2015 within the jurisdiction of the High Court of Anambra State did commit a felony to wit: with intent to defraud, obtained by false pretense the sum of N19.000.000.00 (Nineteen Million Naira) from one Mrs. Muoka Ngozi Blessing, when you represented to her that you placed her money on fix deposit with Diamond Bank Plc a representation which you knew was false and thereby committed an offense.”

The incident that led to the arrest of Okereke happened on January 7, 2016, when the complainant, Mrs. Muoka N. Blessing called Carlos who was her account officer in January 2015 when she fixed N17, 000,000.00, informing him of her intention to collect the interest on her fixed deposit and roll over the initial deposit of N17, 000,000.00.  But to her dismay, she immediately got a credit alert for N19, 000,000.00, which was closely followed by another debit alert for the exact sum. Mrs. Muoka then petitioned the EFCC which confirmed through investigation that the Bank had long dismissed the accused over his nefarious activities. It was further discovered, that the certificate which he issued to Mrs. Muoka was forged.