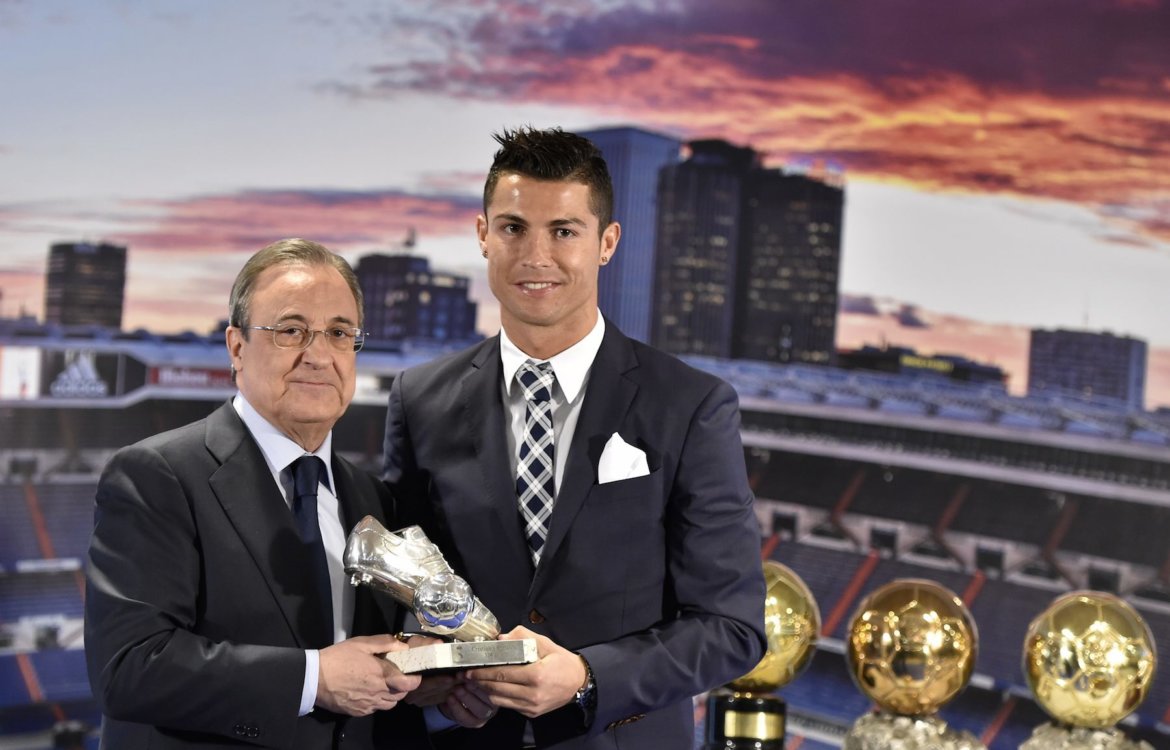 Four times ballon d’Or winner, Cristiano Ronaldo has been silent to Real Madrid officials about his intended move away from Spain and he is not expected to leave the European champions.
Real Madrid president Florentino Perez said on Monday.
The prolific striker scored twice to fire Real to a 4-1 win over Juventus in the Champions League final earlier this month but his future at the club was thrown into doubt last week when Portuguese newspaper “A Bola” reported that he wanted to leave Spain after being accused of committing tax fraud.
Spanish prosecutors have filed a lawsuit against the player accusing him of defrauding tax authorities of 14.7 million euros ($16.39 million) by hiding his image rights income between 2011 and 2014. Ronaldo has denied any wrongdoing.
The 32-year-old signed a new contract with Real until 2021 last November and has a release clause of one billion euros ($1.11 billion).
“I haven’t spoken with Cristiano, I learned about it because of what came out in the newspapers.

“I don’t have any solution but Cristiano, like everyone else, has a contract and is a Real Madrid player,” Perez told radio station Onda Cero on Monday after earning a third consecutive mandate at Real.
“I’m sure he will speak to us about what has happened (with the tax case), which has obviously affected his credibility, and we’ll see what happens.”
Ronaldo, Portugal’s all-time leading scorer, is the latest in a long line of soccer players in Spain — among them Barcelona’s Lionel Messi and Neymar — to be caught up in cases over tax or transfers.
Ronaldo is with Portugal at the Confederations Cup in Russia and has not said anything about his future since the A Bola story was published.
Asked about potential clubs Ronaldo could join, Perez said: “I’m not contemplating Ronaldo leaving.”
Ronaldo joined Real from Manchester United in 2009 for a then world record fee of 96 million euros and is their all-time top scorer with 404 goals in 394 games. He has won three Champions Leagues, two La Liga titles and two King’s Cups in his eight years in the Spanish capital.
“I haven’t learned very much about the situation, he’s at a very important tournament at the moment in the Confederations Cup and until that ends I’m not going to disturb the atmosphere of his team,” added Perez.
“He has a contract and he needs to complete it. All we know is that he’s unhappy with the treatment he has had from the press, who have claimed that he is a tax cheat.”