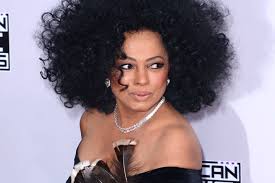 Legendary singer, Diana Ross, 74, who earned the Grammy’s Lifetime Achievement Award in 2012 will be celebrating her birthday and musical legacy at this year’s 61st annual Grammy Awards.

The Detroit-born songstress who has been honored with 12 Grammy nominations throughout her six-decade career will ring in her 75th birthday with a performance and tribute at the awards ceremony Sunday, February 10, 2019.

A statement from the Recording Academy said the performance will ‘honor the icon and celebrate the rich history of her greatest musical accomplishment.’

Diana Ross would be performing at the Grammy’s celebrating her musical legacy was last modified: February 2nd, 2019 by Igbokwe John